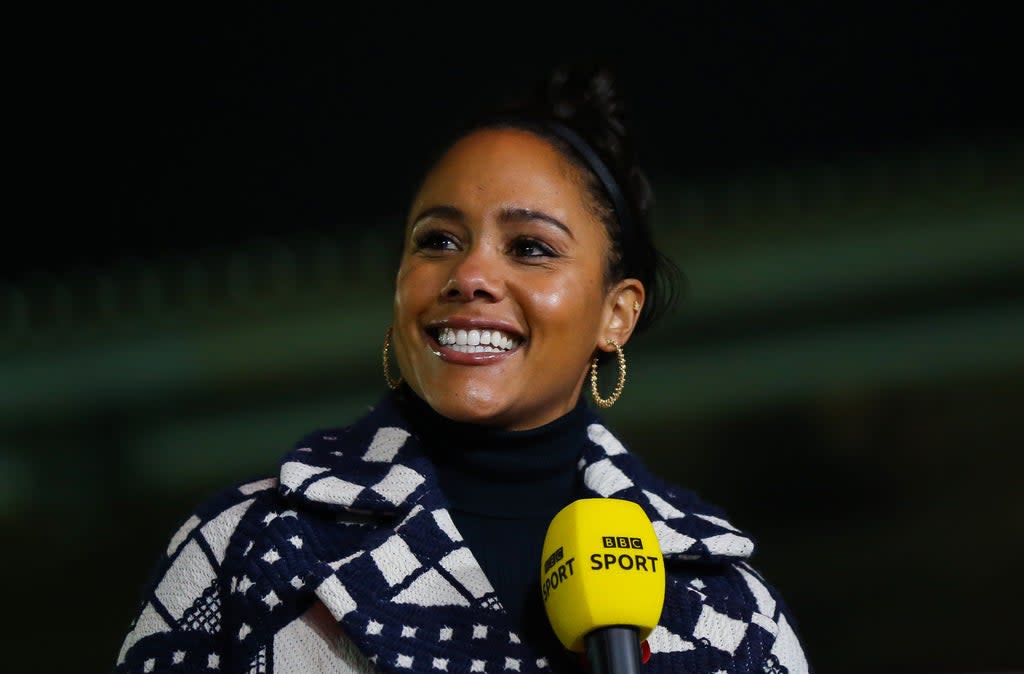 Lord Digby Jones slammed the BBC presenter in a tweet claiming that she had “spoiled” coverage of the BBC Olympics because she had not uttered her “g’s” at the end of a word.

Speaking, the TV presenter, 36, said she was proud of her accent and working-class London roots in a response on Twitter on Friday.

The proud London born star wrote: â€œI come from a working class family in East London, Poplar, Tower Hamlets and I am PROUD. Proud of the young girl who overcame obstacles, and proud of my accent! It’s me, it’s my journey, my courage.

She added, â€œA quick one for all the young kids who might not have some type of privilege in life. Never let judgments about your class, your accent or your appearance hold you back. Use your story to write your story. Keep striving, keep shining, and don’t change for anyone.

“Tweets like this just give me the energy to continue See you tomorrow … live on BBC baby.”

Lord Digby Jones has slammed the TV star on social media in a multitude of tweets.

He wrote: â€œEnough! I can not stand it anymore ! Alex Scott spoils a good job of presentation on the BBC’s Olympic team with his very noticeable inability to pronounce his “g” at the end of a word. Competitors do NOT participate, Alex, in fencin, rowing, boxing, kayaking, weightlifting and swimming.

He added: “She’s on Beth Rigby’s heels at Sky Home Secretary for God’s sake!” Can’t someone give these people some speech lessons? I fear that it may be ape by young people like the use of the stupid questioning originally caused by the “neighbors”; in the name of the English languageâ€¦ ..Help! “

Fans have given the BBC presenter their unwavering support by praising her talents as a presenter.

He wrote: “From a proud sarf Londoner to a proud East Londoner: well said @AlexScott Our diversity is our strength.

Among the sea of â€‹â€‹comments, one wrote: â€œYou are amazing! Really do a superb job. Ignore the trolls.

“Alex – you do a great job. I think we would all be happy with a period of permanent silence from Digby, whatever his accent.