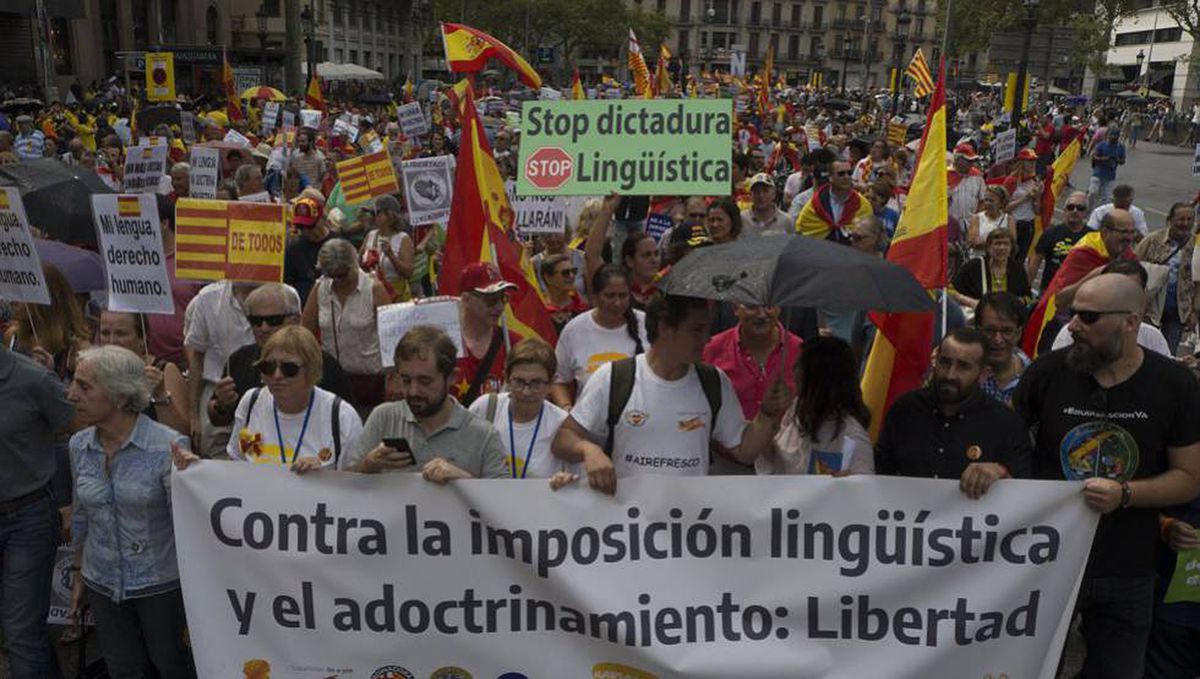 The government of Catalonia has reacted with defiance to a decision by the Spanish Supreme Court that involves teaching more hours in Spanish in schools in the region, where language immersion programs give preference to Catalan.

The Catalan government, led by a separatist coalition, sent a letter to 5,108 school principals advising them not to change their language programs despite the court ruling. In the government’s view, Spain’s National Education Law, known as Lomloe, guarantees Catalonia’s right to continue teaching a majority of courses in the Catalan language.

“We want you to continue working in exactly the same way you have done so far,” said the letter sent on Wednesday by Catalan education chief Josep Gonzàlez-Cambray.

The move comes after the Spanish Supreme Court on Tuesday dismissed an appeal by the Catalan government against an earlier Catalan High Court ruling forcing schools in the region to teach at least 25% of teaching hours in Spanish.

Spain’s education ministry said it would not comment on the decision until its legal services analyzed it, the Europa Press news agency reported. The latest move puts Spain’s central government in a difficult position, as the minority coalition led by Pedro Sánchez of the Socialist Party (PSOE) has often needed the support of Catalan separatist parties to pass key laws in the Spanish parliament, such as the budget.

The Catalan language immersion program has been in place since 1983 despite several unfavorable decisions handed down over the years by the Supreme Court and the Constitutional Court. In the system, the Catalan language is generally considered to be the “lingua franca”, or main language of instruction, for all subjects except Spanish and foreign language courses.

The issue of language at school is a politically sensitive issue over which left and right parties have argued for decades. Rosa Maria Villaró, of the CC OO union, lamented that things have come to this point. “The language should never have been judicialized and politicized like that,” she said. “It is not a question of linguistic quotas but of powers over language policy.” His union defends the current model, which he considers “a pledge of social cohesion”. Iolanda Segura, spokesperson for the education union Ustec, said that “the model of education cannot be changed by decisions. We ask that it not be applied.

But the decision of the Supreme Court was welcomed by the Assembly for a bilingual school, an association of parents of students which has taken legal action on several occasions to defend a greater choice of language of instruction for their children. “The end of language immersion is here. We will not give up our language rights. It’s time to change the education model, ”the group said in a statement. “Thousands of students in Catalonia are part of an education system that discriminates against them on linguistic grounds. The Constitution guarantees their right to be educated in the official languages ​​of Catalonia.

In practice, each school has a certain latitude to create its own policy. Depending on the level of study, there are usually between three and four hours of lessons per week taught in Spanish. The Supreme Court ruling would bring that to just over six hours a week in primary school and seven and a half hours a week in secondary and Bachillerato, a pre-university program. This would be the minimum acceptable amount, although each school is free to increase it.

The Catalan education department does not impose a certain number of hours for each language, but makes Catalan “the reference language”, while letting each school create its own language programs. Some centers already teach more courses in Spanish than is strictly required, either because the teacher chooses to do so or because school officials believe that a large number of students have insufficient knowledge of the language. this language. Sometimes Spanish is used for activities that are not on the program; The Joan d’Austria Secondary School in Barcelona uses Spanish for theater projects, poetry recitals and lectures. And Les Corts secondary school in Barcelona publishes a student magazine in Spanish to help improve skills in that language.

The linguistic model of Catalonia is based on the 1983 legislation which made Catalan the “language of reference” for government agencies, regional media, public signage and non-university education. For the latter, the regional authorities were inspired by the language immersion program used at the time in the Canadian province of Quebec, which favored French over English.

Over the years, this model has found wide support in the regional parliament among separatist and left-wing parties. The educational community has also largely supported the system. A few families have turned to the courts in recent years to seek the right to have their children educated in Spanish. Segura, spokesperson for the education union Ustec, said that since 2005, only 80 families in a school system with 1.5 million students have applied for schooling in Spanish. “For 80 families to expect to change their model is outrageous and indecent,” she said.