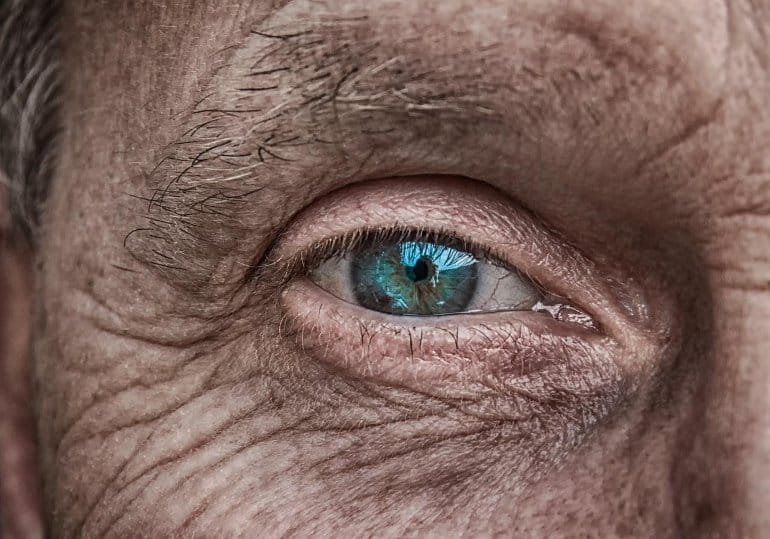 Summary: In cognitively healthy individuals at genetic risk for Alzheimer’s disease, retinal changes have been associated with alterations in the entorhinal cortex, hippocampus, and lingual gyrus. The researchers say that retinal changes can be used to track changes in brain structures associated with Alzheimer’s disease in people with genetic risk factors.

In subjects in good cognitive health but at high genetic risk of developing Alzheimer’s disease, correlations have been demonstrated between the retina and various cerebral structures which undergo changes due to the disease, such as the entorhinal cortex, the lingual gyrus and the hippocampus.

This is the main conclusion of the research carried out by the Ramón Castroviejo Institute for Ophthalmological Research (IIORC) of the Complutense University of Madrid (UCM).

The novelty of the study, published in Alzheimer’s Research And Therapy, lies in the fact that for the first time he examined the correlations between the retinal areas and the brain structures most affected in Alzheimer’s disease, a disease in which up to two decades can pass before the onset first symptoms.

“This means that the retina, which is an easily accessible tissue, can provide information about the state of the brain and the changes taking place there,” notes Inés López-Cuenca, researcher at IIORC and lead author of the work. .

The Clinical Hospital of San Carlos and the Technical University of Madrid, as part of a COGDEM study, participated in the research with the UCM.

Next step: study the vision

To carry out the research, a group of patients was included whose fathers or mothers suffered from Alzheimer’s disease and who had a mutation in their ApoE ɛ4 gene, which predisposes them to suffer from the disease.

The IIORC gave them eye exams, including optical coherence tomography (OCT). These tests were then compared with those of magnetic resonance imaging (MRI) carried out by the neurological service of the San Carlos University Clinical Hospital in Madrid, and resulting in measurements of more than 20 different brain structures of the two hemispheres.

“We saw that these participants already showed changes in certain areas of the retina measured with OCT, while brain MRI is still normal,” explains López-Cuenca.

In addition to the structure of the retina, the UCM group collects data on the eyesight of patients, to discover the functioning of the visual network in these asymptomatic phases of the disease.

About this Alzheimer’s disease research news

The relationship between retinal layers and brain areas in asymptomatic first-degree relatives of sporadic forms of Alzheimer’s disease: an exploratory analysis

The two main genetic risks for sporadic Alzheimer’s disease are family history and the apolipoprotein E ɛ4 allele. The brain and retina are part of the central nervous system and share pathophysiological mechanisms in AD.

We observed a significant reduction in volume in the FH+ ApoE ɛ4+ group compared to the control group in certain macular areas of (i) macular RNFL (mRNFL), (ii) inner plexiform layer (IPL), (iii) inner nuclear layer ( INL), and (iv) outer plexiform layer (OPL). Moreover, in the FH+ ApoE ɛ4+ group, the retinal sectors that showed a statistically significant decrease in volume correlated with the brain areas that are affected in the early stages of AD. In the same group, the peripapillary retinal nerve fiber layer (pRNFL) did not show statistically significant changes in thickness compared to the control group. However, correlations of these areas with brain areas involved in this disease have also been found.

In cognitively healthy participants at high genetic risk for developing sporadic forms of AD, there are significant correlations between retinal changes and brain areas closely related to AD such as the entorhinal cortex, lingual gyrus, and hippocampus. .