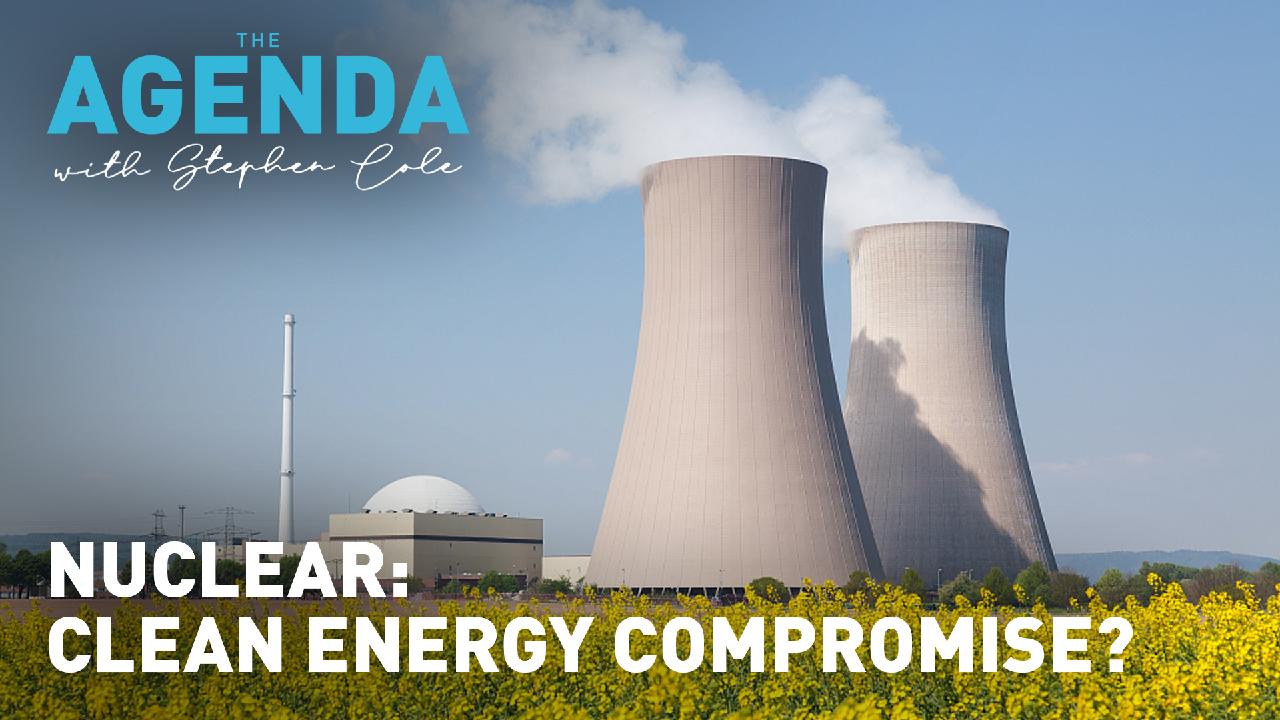 WHAT IS THE PROBLEM?

Future clean energy sources face a trilemma of C: carbon emissions, continuity of supply and cost. Most options can only meet the needs of two of them, leaving some experts to argue for harnessing nuclear power for peace of mind.

There is also great excitement around nuclear fusion, which China and the UK are experimenting with. Nuclear fusion, the fundamental energy process of stars and the sun, has the potential to provide infinite clean energy to the world.

However, although nuclear energy is described as a renewable resource, the material it uses is not, making it one of the most controversial energy sources in the clean energy movement.

To explain what nuclear could bring to the table, The Agenda with Stephen Cole is joined by Sama Bilbao and Leon.

Sama Bilbao y Leon has been Director General of the World Nuclear Association since October 2020.

Until 2018, she headed the Nuclear Technology Development and Economics Division at the OECD Nuclear Energy Agency.

WHAT DOES SHE SAY?

Bilbao y Leon argues that nuclear could relieve some of the pressure of the current global energy crisis by contributing to self-sufficiency.

“Nuclear could be a huge contribution to energy independence because it depends on local labor and local supply chains,” she says. “So the idea is that you can be very independent from all these geopolitical crises that we are going through around the world.

Asked why nuclear is still controversial in the renewable energy sector, Bilbao Y Leon blamed a lack of knowledge.

“We are very good at making [negative] headlines, but when you look under the hood, the realities of nuclear energy are quite different.

“We are already seeing strong demands in California for the state government to reconsider shutting down their nuclear plant…they recognize nuclear as a 24-hour, reliable, clean and affordable source of energy.”

ALSO ON THE PROGRAM:

– Zhao Feng, Head of Strategy and Market Intelligence at the Global Wind Energy Council explains how China is leading the way in wind energy.

– Kingsmill’s Leapenergy strategist at the Rocky Mountain Institute, explains the true cost of going green and why short-term infrastructure prices outweigh the longer-term cost of inaction.

FIND MORE STORIES FROM THE AGENDA WITH STEPHEN COLE HERE