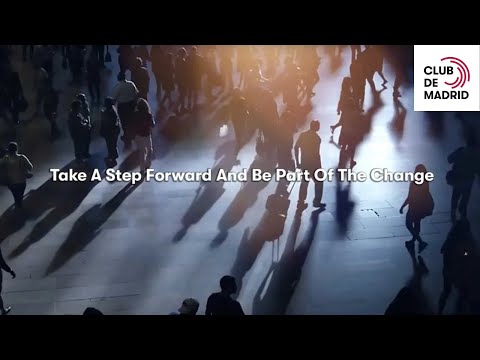 Twenty years after its founding, the Club de Madrid is determined to change the notion that democratic systems can no longer deliver. Lack of trust in institutions, growing inequalities, persistent patterns of social exclusion, selfish elites, reduced social mobility, political polarization and growing authoritarian tendencies are just a few examples of the challenges that democracy faces in the world. While all of this precedes COVID-19, the pandemic has exacerbated these challenges.

By organizing this political dialogue in collaboration with the Bertelsmann Stiftung and a wide range of partners, including the Alfred Landecker Foundation, the German Federal Ministry of Foreign Affairs, Boston World Forum and spain Ministry of Foreign Affairs, Cooperation and the EU, Club of Madrid presents a set of far-reaching proposals to adapt our leadership styles, our information ecosystems and our institutional frameworks to the realities of the 21st century.

In the Closing Document of the Dialogue, Club de Madrid reaffirms its conviction that Liberal democracy is the best system of government. Club of Madrid welcomes the next US-Led Democracy Summit and as a member of the Authoritarian Summit Civil Society Working Group, calls on the organizers to expand its goals beyond the immediate geopolitical interests of any country.

The concluding document calls for the creation of an international peer review mechanism on democratic practice and the appointment of a United Nations Special Rapporteur for Democracy. Democratic states and the international community must be more proactive in combating democratic decline and should act sooner in the face of signs of concentration of power, erosion of the rule of law, attempts to undermine the justice system, attacks on the media and civil society organizations, among other authoritarian practices. Responding to democratic retreat before it is too late requires early warning mechanisms followed by decisive action.

Contemporary authoritarianism is an existential test for democratic societies. To this end, the Club of Madrid expresses concern at the manner in which states with illiberal tendencies are increasing their influence in regional and international organizations. Democracies must work together to oppose and counter the interference of authoritarian regimes – transnational repression, cyber attacks, disinformation, digital authoritarianism and economic coercion.

Democratic governments must ensure that multilateral institutions reflect the values â€‹â€‹and principles of democracy, in particular fundamental human rights. Their promotion should be at the center of any domestic and foreign policy. Following this commitment, the Club of Madrid calls on democratic nations to be cautious when engaging with authoritarian regimes, as authoritarian regimes can often seek legitimacy and perpetuation by offering small concessions.

Corruption remains a dangerous threat. In an era of massive investment of COVID-19 stimulus funds, governments must reaffirm their commitment to end impunity for corruption offenses. Club of that of Madrid The concluding document calls for strengthen international cooperation in the fight against corruption and invites states to consider proposals to establish an International Anti-Corruption Court.

Excessive polarization and populist movements can cripple a democracy, endangering neutral political institutions and norms. Political nationalism and the growing use of divisive rhetoric threaten democratic societies. It is important to prevent these from leading to any form of authoritarianism.

Responsible political leadership is crucial in combating democratic retreat, as is the leadership of business and civil society. Club of Madrid sees the need for profound changes in the culture and practice of executive recruiting. There should be more emphasis on ethical beliefs, integrity, commitment to the common good and team building.

Democracy also requires a culture based on principles and values. Club of Madrid calls for the creation of civic education in early childhood, primary and secondary education to achieve greater civic literacy. Democracies should provide mechanisms to strengthen the capacity of citizens to engage in policymaking, in particular youth engagement in politicss, including young people women and girls, and the promotion of intergenerational dialogue.