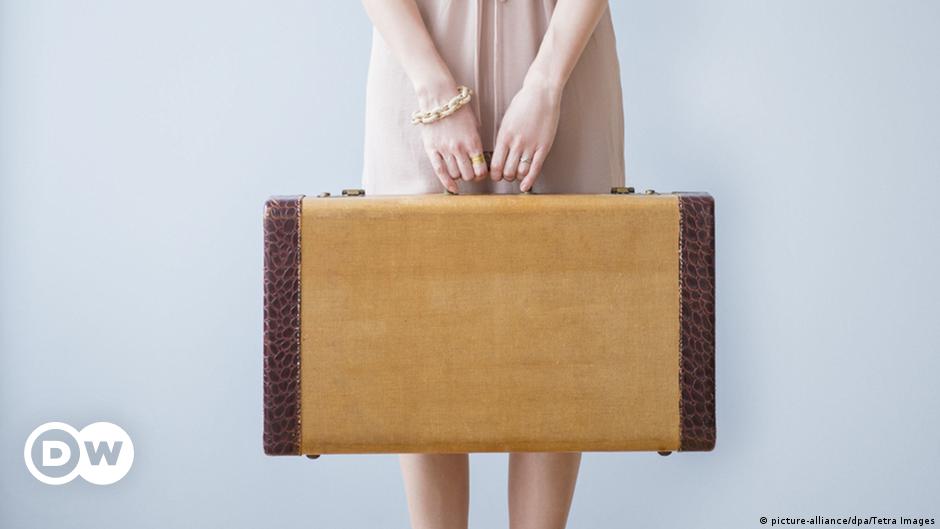 Carmen Quintana Gomez follows the same routine every day: waking up, having breakfast, looking for a job. â€œEveryone knows they won’t have a job,â€ she said. “That’s how people think here.”

For months now, the 25-year-old graduate from Spain’s capital Madrid has had no formal education, training or employment – like around a quarter of Spaniards her age. She lives with her parents and takes on occasional jobs like babysitting, but spends most of her time trying to climb the career ladder. â€œMy job now is to find work,â€ she said.

Despite Carmen’s education and background as a volunteer, employers have not shown interest so far. â€œNormally I don’t get the job because I don’t have the experience,â€ she said.

Carmen knows she has a better chance of gaining this experience than many other young people outside the workforce. For those who drop out of education, a vicious cycle can ensue.

It is with this in mind that Brussels is busy putting together a brand new youth program. “ALMA” – which stands for Aim, Learn, Master, Achieve – will help young people who are not in education, training or employment to travel to another EU country for work experience.

According to the European Commission, the program will target people struggling to find a job, people with disabilities, people with insufficient skills and people with an immigrant background. Participants will receive a stipend to cover travel, accommodation, insurance and other basic costs during their stay abroad. They will benefit from supervision before, during and after the internships.

“We really need to step up our support for young people falling into the void,” European Commission spokesperson Veerle Nuyts told DW. “The aim being for these young people to really improve their skills, their knowledge, their experience”, said Nuyts, “and also to give them the opportunity to make new connections across Europe.”

The scheme is still under development, with many practical details unclear. However, companies can already express their interest in participating. It is estimated that 15 million euros ($ 17.4 million) of EU funds will be allocated to “ALMA” for its first year.

Participants in the EU “ALMA” program will receive support before, during and after internships abroad

One detail has already raised eyebrows in Brussels. While the EU will cover the living costs of participants, employers will not necessarily have to shell out. “Companies can decide to offer a salary [to participants] and Member States can also decide to offer an allowance, â€explained Veerle Nuyts of the European Commission.

Some are not impressed. “#ALMA must move towards equal opportunities for young people in the labor market. NO inclusion of any kind of #unpaid work,” tweeted the European Youth Forum.

It is hoped, however, that ALMA could help refocus the energy and spending of EU states. â€œALMA is really there too to act as a lever to increase commitment at national level to invest in this particular group of young people,â€ said Veerle Nuyts.

Prior to the pandemic, youth unemployment in the EU had fallen to levels similar to those before the 2008 financial crash. But the progress it took years to achieve reversed overnight as the COVID-19 pandemic swept across Europe.

EU youth unemployment rose after the global financial crisis, but hit an all-time low before the pandemic

â€œA lot of these young people entered the pandemic crisis with temporary jobs, so when the job expired, they just lost it.â€¦ Now the situation is improving a bit, but again, businesses tend to offer temporary jobs, â€says economist Paola Villa.

Although employment rates rise again with the reopening of companies, long-standing disparities between EU countries persist. While 29.9% of Italians aged 20 to 34 were neither educated, trained nor employed in 2020, this figure was 11.1% in Germany.

Professor Villa explains that Greece, Spain and Italy are still suffering from the repercussions of the 2008 crash. “These countries had the crisis but also the austerity, so the crisis was really long. When these economies started. to recover, the quality of jobs open to young people was really poor, â€she said.

Could the EU’s “ALMA” program be part of the solution for unemployed young people?

Villa believes that potential solutions include improving vocational training and integrating internships at all levels of education. She cites the German model, which places more emphasis on learning, as a good example.

And she loves the sound of the ALMA scheme. â€œHaving work experience abroad is great.â€¦ When they put it on their CV it’s definitely a plus – and also just having experience in a totally different system opens the mind.â€ said Villa.

Nevertheless, the professor fears that disadvantaged young Europeans will be difficult to reach and warns the authorities against supporting certain types of employers in general. “You have to check what the companies are doing. If they only hire young people because they are cheaper, no.”

According to her, companies must show commitment. â€œIf they invest in training, both the company and the young person are interested in having a long-term relationship. It is very important to have policies encouraging this.

Carmen Quintana GÃ³mez hopes to get an internship abroad

Hoping for a future full of work and adventure

In Madrid, Carmen is busy redoing her CV. â€œI would really like to know when I’m going to have a job,â€ she said. For now, his hope is to leave Spain and find an internship elsewhere in Europe.

Until then, she will improve her language skills, try free online courses and continue with the daily grind of job hunting. “I try to think differently all the time – in a positive way,” she said, “because otherwise it’s even more difficult to find something.”