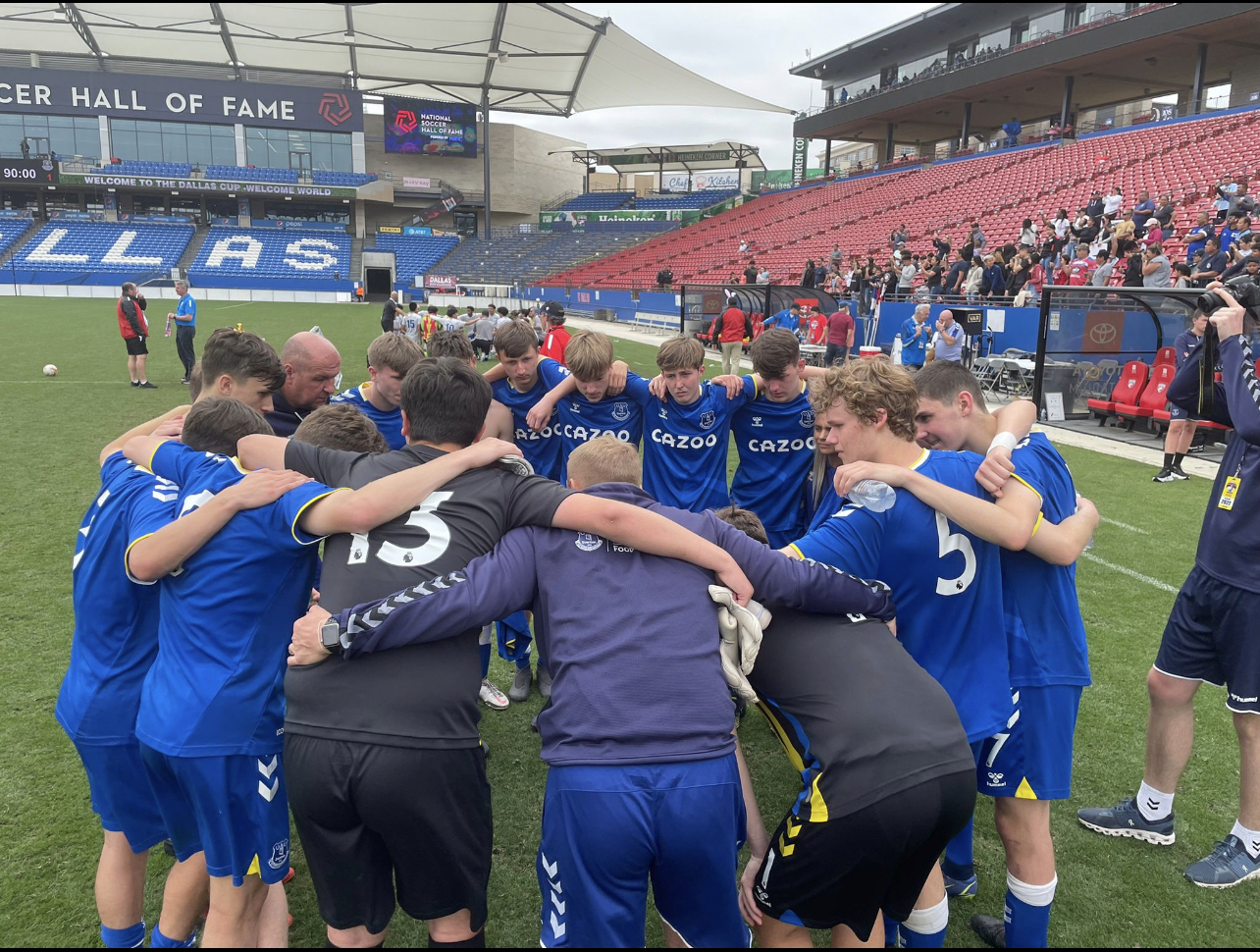 Everton Football College continues to go from strength to strength.

The three-campus college picked up three trophies at the end of a successful season and now has over 200 students as they look to build on four years of impressive growth and success on the field.

Their trophies include a rookie side that finished runners-up in the Dallas Cup and a blistering first League Championship win in the U17s’ first year competing in the EFL League.

The College side clinched their title on the final day of last season with an away win over Blackpool and memorably won their silverware in front of 70,000 fans in the League One Play-Off Final of the EFL between Sunderland and Wycombe Wanderers at Wembley.

Director of Football John Keegan said: “We are absolutely delighted that the team’s hard work has resulted in not only silverware but also a unique experience in the home of football.

“It is thanks to their efforts throughout the year that they can now add two league championships to the college honors list.”

Everton Football College, now in only its fifth year, started with an initial cohort of 40 students.

Now, following the Club’s and Everton’s huge investment in the community, their success sees teenagers heading for scholarships in America, joining professional clubs such as German Bundesliga teams and appearing – and winning trophies – at world famous football tournaments.

A women’s program is now an integral part of the schedule, with the tremendous explosion in women’s football providing new opportunities in a positive learning environment that combines sport and further education. The program is also used as a development team for the Everton Women’s U23 team.

And for John and his team – all of whom are A or B license coaches – the benchmark of success remains the students’ path to a career, whether in football or in society at large.

John added: “Ultimately we are Everton Football Club and a Premier League club. We shouldn’t just be in the game to be part of it.

“We want to win and it’s important that we have that mentality whether it’s on the pitch or in life, whatever job they come into.

“Our students have also made careers both within the club and in other aspects of the sports industry, and our aim is to provide boys and girls with the best possible opportunities. The big thing for us is to know where they go after being with us.

“Everton’s philosophy and the fact that we belong to the Everton banner in the community means that we deal with local students and give them opportunities that they will probably never have elsewhere.

“”We take them on trips such as the Dallas Cup and the New York Cup. There is currently a cohort of 20 students who have been in Spain, training with Valencia FC for two weeks.

“We send nearly 40 students to Aruba in the Caribbean every year, who work closely with the country’s national FA to promote and develop the game of football through coaching and playing.

“We will be attending the World Student Games in Madrid in two weeks, as the first UK college to be invited, and we have also planned another trip this year to Chile.

John added “We have courses for students of all abilities educational needs and all football abilities, and that means there are courses and teams for everyone.”

The football college is an inclusive college open to all students.