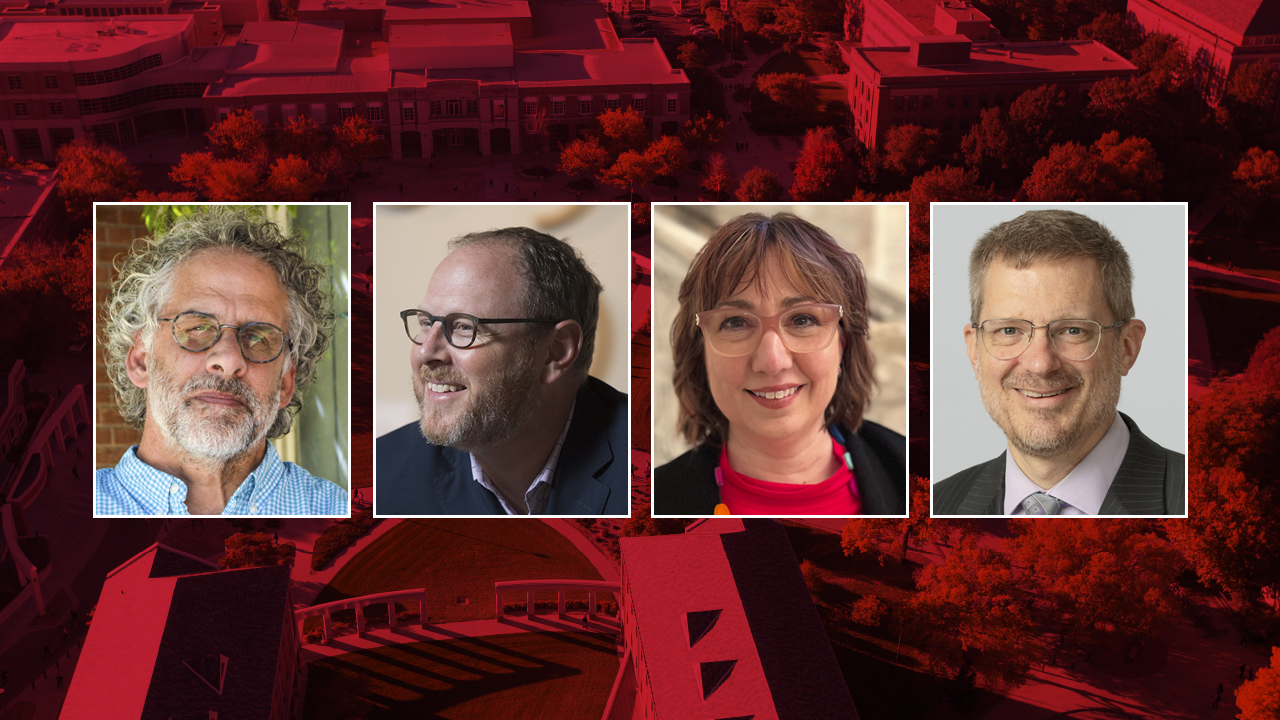 The University of Nebraska-Lincoln has named four finalists for the position of dean of the Hixson-Lied College of Fine and Performing Arts.

Selected through a nationwide search, applicants will visit campus between February 28 and March 10.

Applicants will participate in multi-day interviews with various college stakeholders. Public presentations, each at 3:30 p.m. in the Steinhart Room of the Lied Center for Performing Arts, will be offered in person and via Zoom.

The finalists, listed by date of public presentation, are:

1st of March – Andrew (Andy) Belser, director and professor in the School of Theatre, Film and Television at the University of Arizona. Participate via Zoom.

March 4 – Kern Maass, dean of the College of Music and Media and professor of design at Loyola University in New Orleans. Participate via Zoom.

8 March – Kelley Helmstutler Di Dio, associate dean of the College of Arts and Sciences and professor of art history at the University of Vermont. Participate via Zoom.

March 10 – Christopher Marks, acting dean of the Hixson-Lied College of Fine and Performing Arts and professor of music at the University of Nebraska-Lincoln. Participate via Zoom.

The Dean is the academic and administrative director of the college and will direct the strategic, programmatic, financial, fundraising, and management operations that support the college’s mission and vision. The Dean is the public voice of the College, developing its reputation nationally and internationally and within the profession. The Dean reports directly to the Executive Vice Chancellor and works with fellow Deans and Campus Leaders in collaboration, support and commitment to the university.

Belser is director and professor in the School of Theatre, Film and Television and directs arts and medical initiatives at the University of Arizona, teaching at the intersection of cognitive neuroscience and performance. He recently launched the “Stories Travel” project, engaging young people from regional Latin and Indigenous communities in film, sound and performance projects to help them imagine their stories as important components of potential college study and beyond.

Prior to Arizona, Belser taught in the MFA program at Penn State University and was founding director of the Arts and Design Research Incubator where he mentored artists, designers and scientists in researching and creating targeted arts and science projects for additional funding. and presentation in national and international venues.

As the principal investigator of “I Lookout for Child Abuse,” funded by the National Institutes of Health, Belser has written and directed films to educate child care workers. He created film and theater projects for a National Science Foundation-funded project to raise awareness of environmental and social concerns related to gas drilling in Pennsylvania. He was named a Penn State Laureate for his creation and national tour of a multimedia installation exploring intergenerational interactions. He was the founding artistic director of “The Gravity Project”, a professional theater company, an international performance research center and a new work incubator. He has directed theatrical works ranging from reimagined classics to engineered works.

Maass is Dean of the College of Music and Media and Professor of Design at Loyola University in New Orleans. He has over 20 years of leadership experience in public and private universities.

In addition to the roles of indefinite dean and associate dean, his other leadership roles have focused on program development, community engagement, implementation of campus-wide strategies, enrollment growth, curriculum, policy, assessment, intellectual property, industry partnerships and accreditation. His portfolio of different leadership scenarios and situations, including helping lead an institution through adversity, has given him a unique perspective on how to position himself, create value, and leverage creative practices across multiple contexts.

Beyond higher education, he founded his own furniture design business, which led to the exposure of his work both nationally and internationally.

Maass’ passion is to solve problems and create organizational buy-in to “Design Thinking” by decoding, communicating and using the process in daily practice. His success stems from “leadership and learning by doing,” which allows this process to resonate with every level of the business he engages with.

Di Dio is associate dean of the College of Arts and Sciences and professor of art history at the University of Vermont. She served as interim chair of the Departments of Art and Art History and Music, as well as Associate Dean of Arts and Faculty Affairs.

A dedicated advocate for the arts, Di Dio led the creation of a new School of the Arts to better unite and strengthen these programs and carried out significant fundraising and stewardship that resulted in new faculty, grants and scholarships. studies, facility renovations, new equipment purchases and substantial funding for internships. She has increased the diversity of the Arts faculty, programs, curricula, and teaching approaches through a successful Anti-Racism Curriculum Initiative. She has also provided support to faculty with mentorship programs, trainings and a series of talks to create a more inclusive and supportive climate for faculty and students.

Di Dio is a specialist in Italian and Iberian Renaissance sculpture and has published five books (including two more to be published in 2022) and dozens of articles and essays. She has received major research grants from Harvard University and the Kress Foundation, among others, and has lectured at universities and museums across Europe, the United States and Canada, including including the National Gallery of Art in Washington, DC, the Victoria and Albert Museum in London, and the Museo Nacional del Prado in Madrid.

Di Dio is a dedicated teacher-researcher and mentor and has received her institution’s highest award for excellence in teaching. She holds a Bachelor of Arts in Art History from Mary Washington College and a Master of Arts and Ph.D. in Art History from Rutgers University.

Marks is acting dean of the Hixson-Lied College of Fine and Performing Arts and professor of music at the University of Nebraska-Lincoln. He served as associate dean of the college from 2015-2021, overseeing a varied portfolio including academic affairs, research, student affairs and faculty affairs, and also served as interim director of the Johnny Carson School of Theater and Film and school. art, art history and design.

Marks joined the Nebraska faculty in 2006 and has taught organ, music theory, and baroque performance practice. Before coming to Nebraska, he taught organ and served as an academic organist for seven years at Syracuse University.

As a performer and researcher, he was particularly interested in American organ music of the late 19th and early 20th centuries. His recordings include a three-volume series of organ music by American composer Seth Bingham.