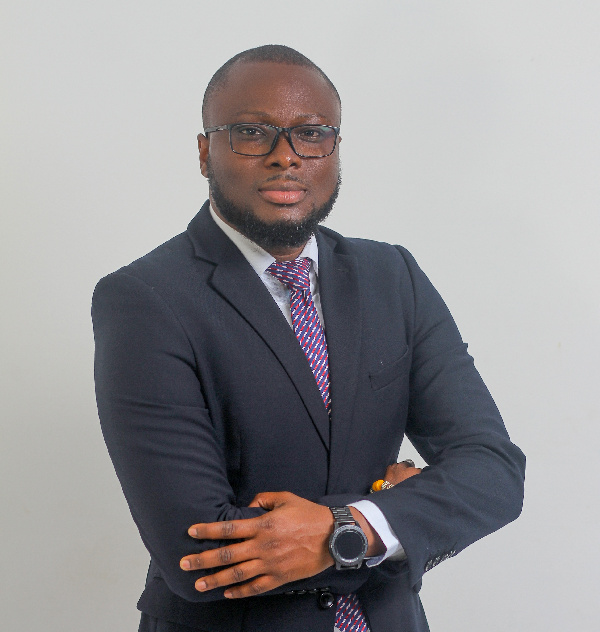 GhanaWeb Editor-in-Chief Ismail Akwei has been selected from journalists around the world to participate in the first round of the 2022-2023 Product Immersion Program at CUNY’s Craig Newmark Graduate School of Journalism.

In an announcement on their official website, the Craig Newmark Graduate School of Journalism said the two-month, tuition-free online program aims to teach small and medium-sized newspaper companies ways to adopt methodologies for thinking about products in their workflow to enable more efficient and sustainable product development and management.

“We’re thrilled to welcome 25 new journalists to this cohort and we’re thrilled with their commitment to learning how product thinking can help them on their path to financial sustainability and attract new audiences,” said Marie Gilot, Executive Director from J+ to Newmark J-School.

This training program, the organizers said, is in partnership with Google News Initiative (GNI) and News Product Alliance (NPA), and offers online courses led by industry experts and product design practitioners. newsrooms around the world. Additionally, participants will also receive small group coaching throughout the program.

“We are proud to welcome a new cohort of emerging product thinkers from Europe, the Middle East and Africa. Not only will they work to find solutions through the development and management of products for their newsrooms, but they will also bring their own experiences and perspectives to the news product discipline as a whole,” said Feli Carrique, Director executive of NPA.

Commenting on his nomination, Akwei, who is also the host of GhanaWeb’s ‘The Lowdown’ programme, said, “I am delighted to be among the 25 journalists selected to join the 2022-2023 Europe, Middle East and North Africa cohort. Product Immersion for the Small Newsrooms program by @newmarkjschool (Craig Newmark Graduate School of Journalism) at CUNY.

“I look forward to learning new ways to adapt product thinking methodologies into the AfricaWeb workflow to enable more efficient and sustainable product development and management.”

The 25 journalists selected for the first cohort come from the following countries in Europe, the Middle East and Africa: Egypt, France, Ghana, Italy, Lebanon, Liberia, Kenya, Malawi, Netherlands, Nigeria, Romania, Spain , South Africa, Switzerland, Uganda, the United Arab Emirates and the United Kingdom. Many of them work in small newsrooms for magazines, newspapers, TV and radio stations, and online startups with fewer than 25 employees.

Below is the full list of selected journalists from Europe, the Middle East and Africa:

*Ismail Akwei is the editor of the AfricaWeb group consisting of GhanaWeb, CameroonWeb, TanzaniaWeb and MyNigeria. He is based in Accra, Ghana.

*Quentin Aries is a reporter and editor of ereb, a new European cross-border magazine from Babel International. He is based in Brussels, Belgium.

*Samya Ayich is a journalist, media trainer and communications manager at Arab Reporters for Investigative Journalism. She is based in Dubai, United Arab Emirates.

*Ilia Donskikh manages translations and publishing with the Organized Crime and Corruption Reporting Project (OCCRP) based in Amsterdam, the Netherlands, and its regional partner centers, and coordinates multimedia projects with technical and web teams.

*Anita E. Eboigbe is the editor of HumAngle Membership, the direct UI arm of HumAngle Media, of which she was also the former editor. She is based in Abuja, Nigeria.

*Alexandru Enesescu is the founding editor of Iașul nostru, a first local newsletter publication, and the newsletter editor of PressOne, an independent media in Romania. He is based in Iași, Romania.

*Ahmed Esmat is a consultant in media technology, digital transformation and product manager at E3lam, an Egyptian news site. He is based in Alexandria, Egypt.

*Catherine Gicheru is the director of the African Women Journalism Project, a network of women journalists dedicated to strengthening the voice of African women journalists and ensuring coverage of underappreciated stories. She is based in Nairobi, Kenya.

*Frankie Goodway is a production manager at the Bureau of Investigative Journalism, where she leads a team of writing, fact-checking, and producing stories on health, technology, the environment, inequality, and corruption. She is based in London, UK.

*Paul Ilado is the content manager of the Radio Africa group, which consists of national radio stations, a television channel and a national newspaper The Star. He is based in Nairobi, Kenya.

*Pie Katunzi is the editor of The Observer, an independent weekly newspaper in Kampala, Uganda.

*Omar Mostafa is a digital strategist at Al-Fanar Media, a digital platform specializing in higher education in the Arab world. He is based in Cairo, Egypt.

*Domenico Mussolino is the founder and editor of CyberCrimeClues, a bilingual online news agency focused on cybercrime and fraud. He is based in Alghero, Italy.

*Winston Mwale is the founder and editor of AfricaBrief, an online media outlet specializing in solution and investigative journalism. He is based in Liongwe, Malawi.

*Nelly Kalou is a contributing anchor with Yes 101.7 FM Ibadan and is proficient in research, OSINT methodologies, digital surveys, solutions journalism and media innovations. She is based in Ibadan, Nigeria.

*Timi Odueso is a journalist at TechCabal, a technology publication where he manages their newsletters. He is based in Abuja-Kaduna, Nigeria.

*Tanya Pamalone is associated with the business development of media groups Media Hack Collective, Bhekisisa Center for Health Journalism, Alibi Investigations and Daily Maverick. She works with teams based in Johannesburg, South Africa.

*Ana Gomez Parra is the Newsroom Coordinator of Maldita.es, a Spanish non-profit organization that fights misinformation through fact-checking and data journalism. She is based in Madrid, Spain.

*Maya Plentz is the founder and editor of The UN Brief, a media outlet that reports on events at the United Nations and the European Union. She is based in Geneva, Switzerland.

*Niahson Gate is co-owner of Frontpageafrica newspaper, an investigative newspaper in Liberia. He manages the newspaper’s website and is responsible for the newspaper’s digital product strategy. He is based in Monrovia, Liberia.

*calvin rock is a reporter and fact checker at Africa Uncensored. He is based in Nairobi, Kenya.

*Zoltan Sipos is the director and editor-in-chief of Átlátszó Erdély, an investigative media outlet focusing on the 1.2 million Hungarian minorities living in Romania. He is based in Cluj-Napoca, Romania.

*Inaki Soto is the editor-in-chief of the newspaper GARA, a bilingual media in the Basque Country. He is based in Donostia-San Sebastian, Spain.

*Emilie Sweat is the editor-in-chief of L’Orient-Le Jour, a French-language daily in Lebanon. She is based in Beirut, Lebanon.