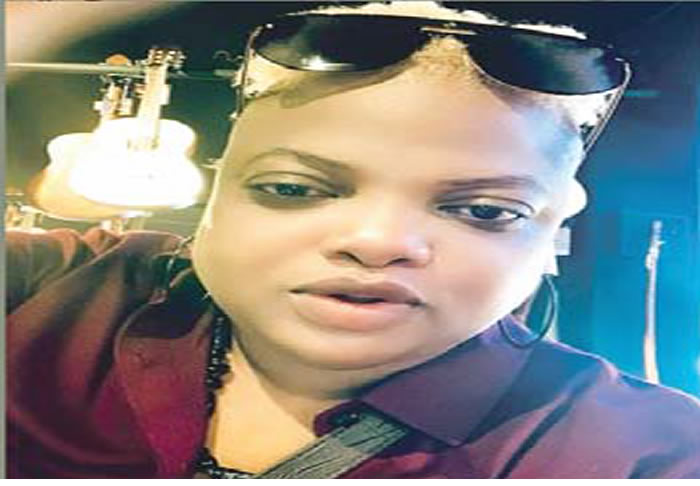 Musician Zainab Sule, affectionately known as “The Queen of Soft Rock”, talks about her beginnings as a taekwondo athlete, her passion for football, her love for Cristiano Ronaldo and more in this interview with EBENEZER BAJELA

A part of being a rock singer, what other areas are you passionate about?

I used to be a taekwondo athlete but I’m not anymore. I started practicing when I was very young and was involved in taekwondo throughout my college days. Before quitting, I had a brown belt. In fact, it was when I was about to get my brown belt that my dad started to discourage me from playing sports. He asked me to stop because he thought it would make me more of a man. I come from a military background and the trend was there. So he thought if I got more involved in taekwondo it would change me. His persistence and complaints changed the mood and that’s why I quit.

Why did you choose taekwondo over other sports in the first place?

My father practiced judo and I watched him a lot when I was a child. I guess that must have influenced my decision to make taekwondo my sport of choice.

While you were doing taekwondo, did you fight with a guy?

No, I didn’t because I was brought up well, even though I’m a bit aggressive. Also, in taekwondo, if you beat a civilian, you will lose your belt and that’s why you can’t engage with another person who is not into taekwondo. Even when you get angry and accidentally hit someone and the association finds out, they will ban you.

With your physique, guys are afraid of you?

I am someone who gets along very well with my male counterparts and in fact 99.9% of my friends are male. I’m always very comfortable with male friends and they smell my vibe. You can also tell this from our conversation, because if I happen to have this conversation with a woman, I’ll probably try to form a British or American accent.

Did you ever dream of representing Nigeria at the Olympics?

The thought never crossed my mind and I probably wouldn’t have because I don’t like having dual identities. I’ve always been a musician and I think I want to be known for that.

Apart from taekwondo, do you follow any other sports?

Yes. In fact, I’m a crazy football addict. I watch football a lot, especially when I’m not in the studio or doing anything else.

Which football club do you support?

I’m not so glued to a particular club. When (Jose) Mourinho won the Premier League title with Chelsea in 2004, I was a Blues fan because then at UNIJOS there were two sides, one for Chelsea and the other for Manchester United. You must belong to one of them, if you are between the two, you are alone. So when Mourinho left Chelsea for Real Madrid, I followed him there but I stayed in Madrid even after he left because of Cristiano Ronaldo. I love Ronaldo so much but I don’t anymore because I’m now a Liverpool fan.

Who is your favorite footballer?

I love Ronaldo and he’s my favorite footballer, rain or shine. I have been since his first spell at Manchester United, when he just arrived from Portugal. I like his personality and his work ethic. I used to like Harry Kane but not anymore because he refused to win a single trophy. He seems so happy at Tottenham Hotspur, where he wins nothing. He is a very good player but he has to win a trophy.

There is this argument of who is better between Lionel Messi and Ronaldo. What is your opinion?

People have different personalities and we don’t see that sometimes. You know, some people are nice on the outside but on the inside they are not the same. Ronaldo is arrogant on the outside and people don’t like him for that but inside he’s a cool, nice guy. The fact that he has to fight for everything in his life makes me appreciate him even more. He left Manchester United for Real Madrid, before going to Juventus and now he’s back at Old Trafford. Look at the number of goals he has scored in all these clubs he has been to. He scored over a hundred goals in all of them but he may not be able to do the same now because the current United players are very selfish and no one wants to pass the ball to him, they all want to score, unlike his first time at United when he had (Wayne) Rooney and then at Madrid where (Karim) Benzema usually gives up his own goalscoring role just to locate Ronaldo. Messi has just gone to PSG where there are stars around him and you hardly hear anything from him anymore. That’s because in Spain they can adore anyone from (Andres) Iniesta to Pedro and even Vinicius Jnr, but Ronaldo has proven his consistency over the years.

Do you follow the Super Eagles and Super Falcons?

(laughs) Who are these people you’re talking about? I don’t follow the national team except for this goalkeeper who usually does Instagram swag. I think his name is Maduka Okoye and I also like Alex Iwobi. I also liked Odion Ighalo when he was at Manchester United. In Nigeria we like to follow who’s in fashion, and that’s why Maduka is the rave of the moment and I think that guy has a personal photographer.

When did you start music as a job?

All rights reserved. This material and any other digital content on this website may not be reproduced, published, broadcast, rewritten or redistributed in whole or in part without the prior express written permission of PUNCH.