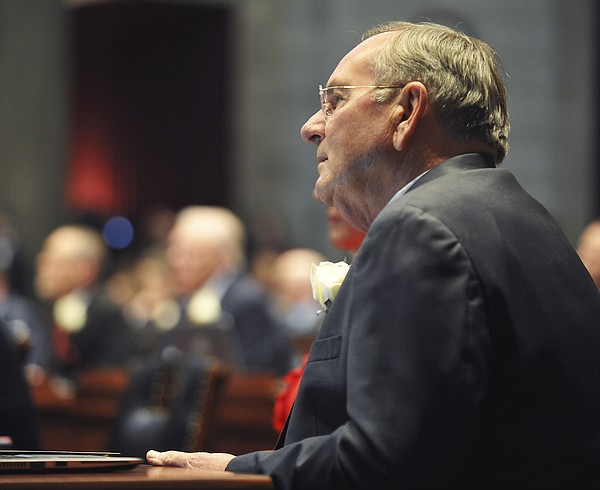 A Jefferson City lawmaker is sponsoring a bill that would designate parts of southeast Missouri as a historic region.

Because he is the chairman of the House Veterans Committee, supporters of the legislation approached Representative Dave Griffith, a Republican, with the wording of the bill, which was proposed in the House about three years ago.

If passed, the Department of Transport would place appropriate markings and information signs in designated areas. The costs of such a designation would be paid for by private donations.

It has been published intermittently since November 9, 1861, when Union soldiers camped at Bloomfield, Missouri (in Stoddard County) and used a local newspaper office to print their experiences.

The publication, Griffith said Tuesday during a hearing before the Veterans Affairs Committee, ceased publication in 1919 but resumed during World War II. It closed again, but was published from 1950 to 1953 during the Korean War; from 1965 to 1973 during the Vietnam War; and began publishing again for the Gulf War in 1991. He has published regularly since.

“Those of us who served know that Stars and Stripes was a connection to home,” Griffith said. “When the mail call didn’t come in, you could go to the PX (Post Exchange) and find out what was going on back home.”

The publication has long since left Bloomfield.

However, the newspaper’s legacy is rooted in the region, Griffith said.

Jim Martin, president of the Stars and Stripes Museum and Library in Bloomfield, said the journal, which is independent but funded by the US Department of Defense, is printed at 14 locations around the world.

“What this region and its concept means to me and the leadership of Stars and Stripes, in the library, is an effort to truly communicate our mission, which is to commemorate and celebrate commitment, service and courageous citizenship” , did he declare. “Does that mean military service? No. We need to communicate to our next generations the importance of commitment everywhere – in our communities, in our schools, in our organizations.”

The area has significant military history, Martin said. As a second lieutenant, Ulysses S. Grant received an assignment to Jefferson Barracks in St. Louis. There he met and married Julia Dent.

He received other postings and traveled west during the Mexican-American War, but frustrated with military life, quit and moved to the couple’s home in White Haven (part of Grant’s Farm in the Saint -Louis). He then moved to Illinois.

When the Civil War broke out, Grant led a company of volunteers from Illinois, but quickly recovered and received his first commission as a general in Iron County.

He fought to keep the Confederates out of Cape Girardeau to protect a flank, Martin said.

There were conflicts with Native Americans.

“You have a terrific memorial for our Vietnam veterans in Perryville (in Perry County), which is almost an exact replica of our Vietnam wall in Washington, DC,” Martin said. “Up to the misprints that occurred on the original Vietnam wall.”

Too few people know, the Stars and Stripes Museum, the Native American burial mounds of New Madrid County and the early settlements of Ste. Geneviève, New Madrid and Cape Girardeau.

The first institution of higher learning west of the Mississippi River and north of New Orleans – St. Vincent’s Seminary and College in Cape Girardeau, closed in 1979. However, the state purchased the property and used it as the site for the River Campus of Southeast Missouri State University.

“What we’re seeing is a grassroots effort,” Martin said. “We wanted to get involved because we are passionate… about the history and heritage of the whole region.”

He said organizers of the effort to reach the historic Stars and Stripes region were an opportunity to provide a tourism-based economic boost to the counties.

“Let me tell you, you have economically struggling counties, to put it mildly,” Martin said. “This is an opportunity for us to start working together in a concerted way, for a long-term end.”