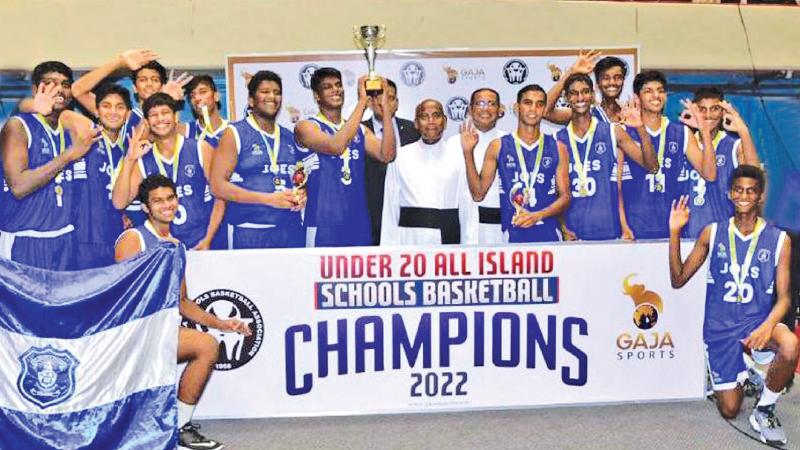 St. Joseph’s College basketball players shone as the brightest stars as they won the All-Island Under-20 Championship at Sugathadasa Stadium in Colombo on Thursday, with a huge crowd in attendance after a lapse of time. of three years.

There was no doubt that the Joes believed in themselves and played to the taste of their fans and eliminated their rivals one by one in the group stage beating Gateway College Kandy 60-38, Mahinda College Galle 75-38, Angel International School Jaffna 75-32 and LPF Academy Dehiwala 90-38 respectively.

Their style of play surpassed all other teams while their mark in attack and defense was the envy of many coaches.

Their quarter-final against Ananda College was the most anticipated match of the tournament which did not disappoint fans of all ages as they won 62-57, an indication that their spirit on the pitch was unbreakable.

The final was just as electrifying or even more thrilling as the Joes beat Royal College 68-52 after defeating DS Senanayake College 87-36 in the semi-finals. Skipper Shehan Fernando and Keith Costa were key players for the Joes squad while Shannon de Zilva’s defensive play was vital to their success throughout the tournament.

No one could have blamed it when Shehan Fernando was named Most Valuable Player while Keith Costa received the Best Offensive Player award.

Fernando was recently selected in the national basketball pool and his aggressive style of play has only improved throughout his school career.

According to his coaches, Fernando can finish his school career with a 100% record, which would be a rare feat in school basketball.

St. Joseph’s won their last Under-19 title in 2012 under current national player Praneeth Udumagala, who is now part of Josephian’s support staff as a skills development coach.

More than 50 teams participated in the tournament in five divisions for boys and girls.