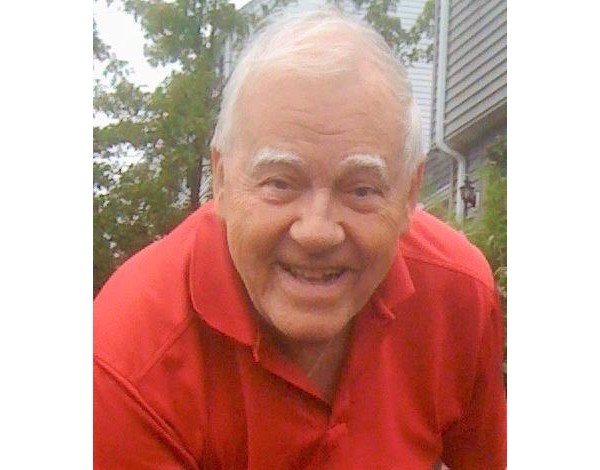 John Milton Darcey died on January 9, 2022. Known to all as “Jack”, the only child of John and Mary Darcey, he was born in Winsted, CT on January 2, 1936. Jack grew up in Winsted, where he developed many lifelong friendships. He graduated from the Gilbert School there, after which he earned a bachelor’s degree from Trinity College, Hartford, a master’s degree in education from Johns Hopkins University, and took courses for a doctorate at New York University. He loved languages ​​and taught Latin, Russian and Spanish in Baltimore before returning to CT in 1958 and starting teaching at Conard HS. His heart was filled with love for all things Spanish and he spent many school holidays in Spain over the years. His reputation for “leading the charge” in promoting language learning led to him being appointed supervisor of the foreign language department at West Hartford Public Schools. In this role, he created a direct exchange with schools in Madrid. While on hiatus due to COVID, this two-year exchange has continued to the present day, and over the years hundreds of West Hartford students and Spanish students have passed several weeks during each of the two summers to improve their language skills and learn about each other’s culture. while living with a host family. In recognition of Jack’s many initiatives to promote the study of Spanish language and culture in the United States, he was made a Knight of the Court of Spain by the former monarch, King Juan Carlos I. Very active professionally, he has served on the boards of numerous foreign language organizations, including the American Council on the Teaching of Foreign Languages ​​and the Northeast Conference on the Teaching of Foreign Languages ​​and chaired the latter’s conference. . In November 2020, he was recognized by the National Early Language Learning Network as a Founder and Supporter. At the state level, he was chairman of the CT COLT (CT Council of Language Teachers), was one of the founders of the COLT Poetry Contest, and chaired the COLT Language Directors Group. He has mentored many beginning language teachers and encouraged students at all levels to consider language teaching as a career. Jack inherited a love of politics and after his retirement from West Hartford Public Schools he became an active member of the West Hartford Democratic Committee and served on the Board of Education, including two terms as Chairman advice. Not feeling quite “done” with teaching, Jack began a second teaching career at the University of Connecticut, where he taught beginner and intermediate level Spanish at the West Hartford branch for 15 more years. At home, her lively, bilingual Boxers were always by her side with her beloved flower garden in view just outside. Jack had an inquisitive mind and was a loyal and faithful friend. Always an accomplished host, he organized and prepared elegant dinner parties, especially during the Christmas holidays. He leaves many caring friends, here and in Spain, among them Sergio Vega, his tireless companion and caregiver during his last years. His friends are grateful for the care provided to Jack over the past year by Elvia Ulerio and Gladys Salcedo of Hartford Health Care Independence at Home and by the team at Masonicare, especially his RN Case Manager, Denise DeMarino and Mike Cobalt, his social worker. Friends will gather this spring to celebrate Jack’s life. For online condolences, please visit www.ahernsfuneralhome.com.

Published by Hartford Courant on January 16, 2022.