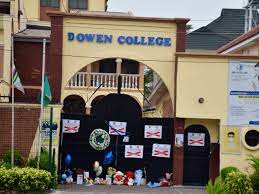 Rivers State Governor Chief Nyesom Wike is now taking another turn in history as he continues commissioning and launching projects in several parts of the state. The process has already started with the commissioning of the Rumuola flyby last Thursday by the former governor of Ondo State, Dr Olusegun Mimiko.
The GRA Flyover was also put into service last Saturday. A state government statement said the Ezimgbu road would be commissioned today, December 13, 2021; with another commissioning of the Tombia road extension scheduled for tomorrow, December 14, 2021. The Governor will also commission the Safe Home, Borikiri, Port Harcourt on Wednesday, December 15; while on Thursday, December 16, 2021, it will be the turn of Odokwu’s internal roads.
In addition, Governor Wike would maintain the launch of key infrastructure projects with the Chokocho-Igbodo road scheduled for Monday, December 20, 2021; Oyigbo-Okoloma Route on Wednesday, December 22, 2021; and the Magistrates’ Court complex, Port Harcourt on Thursday 23 December 2021.
Recall that in January of this year, Rivers State was in turmoil for about three weeks as prominent Nigerian citizens joined Wike to commission or report projects in 11 local government areas across the state. They included the Abonnema bypass in the Akuku-Toru local government area; Bolo internal roads in Ogu / Bolo local government area; Isiodu Road in the Emohua local government area; Internal roads of Isiokpo Phase 2 in the local government area of â€‹â€‹Ikwerre; and the Aluu-Rumuekini road in the Obio / Akpor local government area.
Others were the Mother-Child Hospital, the Real Madrid Academy, the 16.6 kilometer two-car Saakpenwa / Bori highway in the Khana local government area, the Sime-Nonwa-Kira road in the Tai local government area, among a host of other projects. Several others were also put into service last March. This remarkable development, which takes place at a time when most of the world’s leaders have used COVID-19 as a good faith excuse for non-performance, will remain legendary.
All completed projects are milestones that support significant developments. They stand out and have continued to earn the credit of the Wike administration from well-meaning Nigerians and state residents. The flyovers, above all, are an additional aesthetic to the Garden City and its surroundings, and their unveiling accentuates another dream realized by the government. The flight over Rumuola, in particular, would eliminate a long struggle against the severe traffic jams for which the region is infamous.
Undoubtedly, the projects would re-establish activities in the inert localities. To claim that the entire population of Rivers State is doing better with these projects is to specify the essentials, as they would go a long way in promoting their socio-economic well-being. Indeed, walking in such splendid structures evokes a thought of euphoria and fulfillment in the subconscious of the inhabitants of Rivers.
As is typical of the Wike administration, personalities from several parts of the country are usually invited to commission projects within the state. Therefore, as the state began to see an avalanche of actions, it began welcoming several other Nigerians to be part of the ceremony, with effect from last Thursday.
Indeed, The Tide is extremely pleased with the state governor’s unhindered initiative. We recount how the broken walls of development and fellowship were reorganized under Wike’s first term with sector performance and services provided by strategic government institutions that remained effective under his leadership in his second term without any relapses.
Anyone in the state can attest that construction of strategic road projects and airlifts has progressed despite Nigeria’s budget crisis. We ask for the understanding and cooperation of all the people of Rivers who desire the good governance provided by Wike, and urge them to remember the inglorious past when the State was on its knees from where the Governor took it to chart a new path.
Clearly, the government is sparing no effort to improve Rivers State. To say that Wike is rapidly transforming the state’s landscape with its gigantic stages of development is to say the tangible. In a limited amount of time, the governor has whirled the entire state into a huge construction site that in every way substantial development projects are either underway or have been finalized.
We join all well-meaning people in Rivers State and Nigeria, business organizations and individuals in saluting and exalting the Governor in this auspicious celebration of commissioning and project initiation. Projects on the ground so far indicate an unprecedented transformation of the state, making it a preferred haven for investors. This gesture is proof of His Excellency’s determination to leave Rivers State better than he has met him.
Interestingly, as the unveiling of new projects executed by the current administration continues, Governor Wike is celebrating his birthday today.
Without question, the projects are a worthy birthday present for the people of Rivers. There can be no better way to mark this auspicious moment than by unveiling a litany of key people-focused projects and reporting others. We join the well-meaning people of Rivers and Nigerians in wishing the Governor a happy birthday.