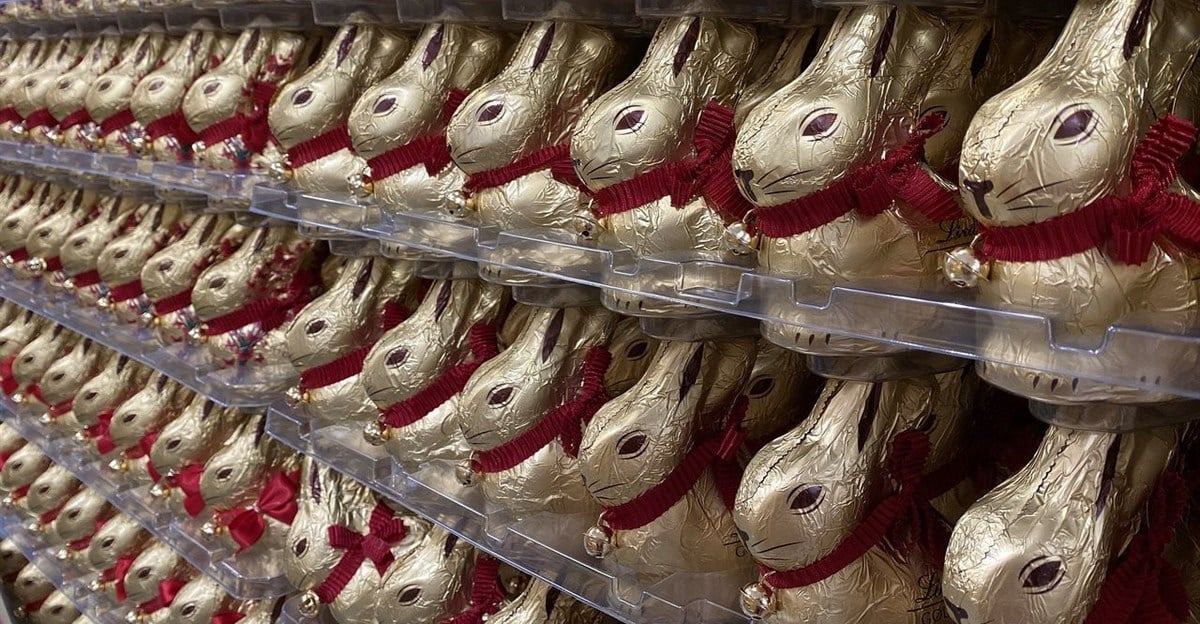 In a move that is sure to upset chocolate junkies everywhere, discount supermarket Lidl was recently ordered to destroy its stock of chocolate bunnies. The slaughter was ordered by a Swiss court which ruled that Lidl’s bunny was too close to confectioner Lindt’s iconic chocolate bunny.

Lidl was sued by Swiss confectioner Lindt & Sprüngli for selling a foil-wrapped chocolate bunny that Lindt said looked a lot like its own product. The Swiss Federal Supreme Court has ruled that Lindt Gold Bunny is a valid registered “shape” mark. Thus, other companies can now be prohibited from reproducing this form when selling chocolate products in Switzerland.

Lindt has sold since 1952 a milk chocolate bunny wrapped in gold foil with a red ribbon and a bell around its neck. He had registered two 3D marks for the product in Switzerland, one in black and white and the other in gold. , brown, red.

This case was based on the distinctive shape of the Lindt rabbits. EU law says companies can only register something as a trademark – and therefore protect it against imitation – if it allows consumers to distinguish the specific product from those of competitors.

But Lidl argued that the shape of the Lindt rabbits is common and not distinctive, so it should not be registered. The Swiss court based its decision that the Lindt bunny shape is a valid trademark on consumer surveys that show shoppers unequivocally associate the shape with Lindt.

This isn’t the first time Bunny Lindt has found himself in court. Heilemann, a competitor in Germany, started selling golden bunnies in 2018, prompting the Swiss chocolatier to file a trademark infringement lawsuit.

Lindt’s strategy was slightly different in this case, focusing on protecting the color of the packaging rather than its shape. It argued that the specific golden hue of the foil wrapper is distinctive enough to be protected as a mark with respect to chocolate bunnies.

The German court agreed, again relying on a consumer survey in which 70% of respondents said the gold hue in question was reminiscent of Lindt products. The court took into account Lindt’s extensive and successful use of this tint and its acquired distinctiveness.

However, the Lindt Bunny hasn’t always been the best. An earlier ruling in 2012 by Europe’s highest court found that the Lindt Gold Bunny shape and color combination (including the pleated red ribbon and attached bell) was not sufficiently different from the way other chocolate products are packaged, especially bunnies, to justify an EU trade mark.

The shape of things to come

Trademark disputes over product shape are common. In many cases, however, the courts find that the shapes are too commonly used in a specific market to be protected as trademarks.

Kit Kat chocolate bars, for example, have seen efforts by food producer Nestlé to brand its four-finger 3D shape. In the UK, confectioner Cadbury challenged this attempt, successfully claiming that the shape lacked distinctiveness. A similar decision was made by European courts.

Beverage giant Coca-Cola even failed to brand a recent update to its coke bottle because the shape did not convey a clear and unmistakable impression of being exclusively tied to the American beverage giant. Of course, the original Coca-Cola bottle shape is widely associated with the beverage company and is therefore already registered as a trademark in many countries.

Its attempt to register an updated plastic, metal and glass version as a trademark was rejected in 2014. EU courts said the new version was “devoid of any distinctive character” and not, as Coke tried to make this claim, “a natural evolution of its famously iconic bottle”.

Of course, this does not mean that the shapes of the products are difficult to protect. Several have been registered in different countries.

For example, the pyramid shape of Toblerone, believed to be a replica of the Matterhorn in the Alps, is trademarked in various jurisdictions and owned by the American company Mondelez. This was applied in the UK several years ago when a competitor launched a similarly shaped chocolate bar called Twin Peaks.

Ferrero Rocher’s familiar praline chocolate shape and four of its transparent wrapper types have also been successfully registered as trademarks in several countries. Indeed, the shape is well known to consumers (again, as surveys have revealed) and the company has long used the imagery of these items to distinguish its products.

Non-distinctive shapes generally cannot be registered as trademarks because the law must protect the right of all businesses to use common shapes. Only signs and symbols that help consumers identify products can be registered and therefore monopolized by a single company.

On the other hand, shapes that have been used regularly and for a long time by various manufacturers should not be protected because they do not help people to make informed purchasing choices.

Furthermore, the monopoly offered to trademark owners can be perpetual. Registrations can be renewed every ten years as long as fees are paid. Thus, being able to forever monopolize common product forms such as chocolate bunnies could have a lasting negative impact on competition, although decisions may be subject to legal challenges.

Trademark disputes over product shapes will continue to occur and courts should continue to use consumer surveys to decide who, if anyone, owns certain product shapes. As we have seen, this will not prevent judges in different jurisdictions from making different decisions on the same cases, but it will at least keep consumer protection in mind when making these decisions.

This article is republished from The Conversation under a Creative Commons license. Read the original article.