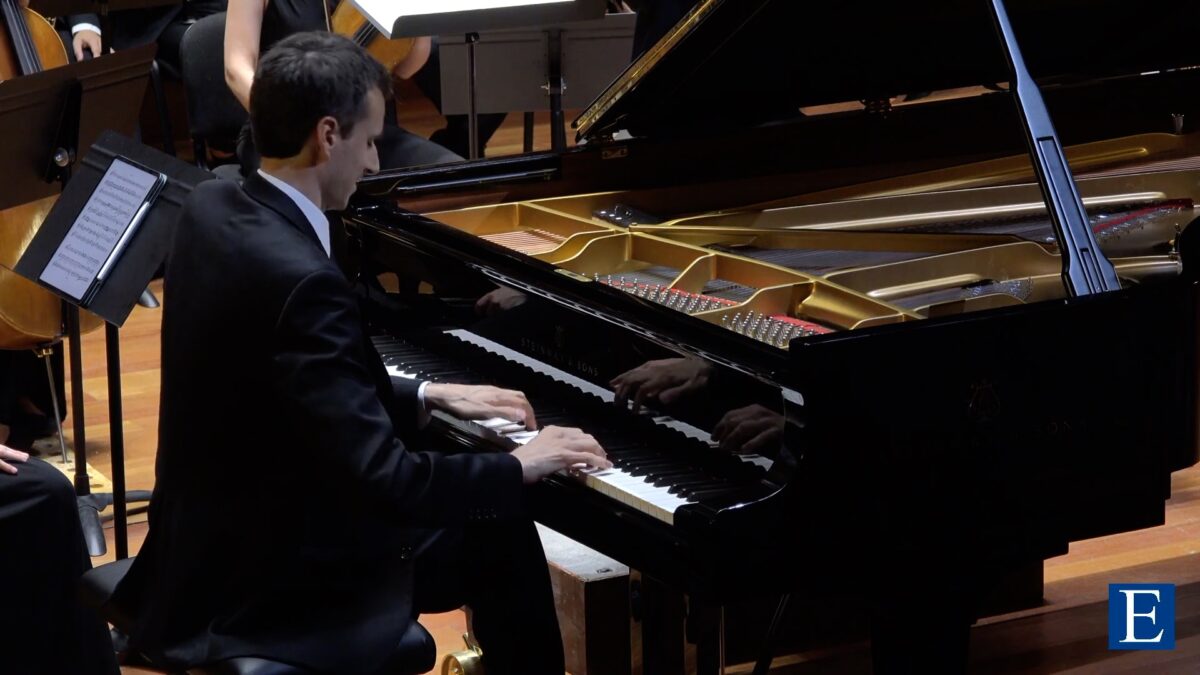 Recorded at SONY Auditorium in Madrid on June 27, 2022

Thanks to pianist Martha Argerich, Tomás, then a promising young Argentinian, was able to fulfill his dream of studying in Europe and begin to develop as a musician with Nelson Goerner. From then on, important performances began: his appearance on the prestigious international stage of the Colón Theater as a soloist of Tchaikovsky’s Concerto No. 1 and solo piano recitals at the Symphony Hall of the National Auditorium and at the Gran Rex Theater . While studying in Switzerland, he won the Gian Andrea Lodovici Prize, managing to record his first CD at the famous Fazioli Concert Hall for the German label ARTS.

Since his public debut at the age of 12 as a soloist in Mozart’s Concerto K. 415, Tomás has performed on radio and television, and his performances are reported in the press in major newspapers and magazines. from his country. During its recent reappearance at the Colón Theater with Mozart’s Concerto K. 414, the press described it as: “A direct expressiveness profiled with the subtlety of a goldsmith… Owner of an expressiveness that reveals the true essence of this which he interprets.

Tomás began his musical studies at the age of eight, and during his teenage years, on the recommendation of Martha Argerich, he received a scholarship to study under Nelson Goerner at the Haute École de Musique in Geneva, Switzerland. Subsequently, he studied with Dmitri Bashkirov at the Reina Sofía school, obtaining a bachelor’s degree and a master’s degree in musical interpretation.

Among many prizes, he received the honorable mention at the XXXIII International Ferrol Piano Competition, the gold medal at the IV Manhattan International Competition, the Mónica Lavino Mariani International Award (II edition), the 2nd Prize at the Muse Competition 2021, and he obtained, from the hands of Queen Sofía, the prizes for the most outstanding student and the most outstanding chamber group of the Reina Sofía school. With the Aurora Piano Quartet, he won the 2016 Orphée Suisse Chamber Music Competition. Chopiniana 2010, he was honored by the Association of Music Performers and the Association of Music Critics.

Tomás is currently finishing his last specialization course at the Reina Sofía school and he will be conducted by András Schiff in the closing concert of the academic year with the Orchester Freixenet. Since 2020, his recitals have been broadcast on Eurochannel’s Allegro HD for Latin America.