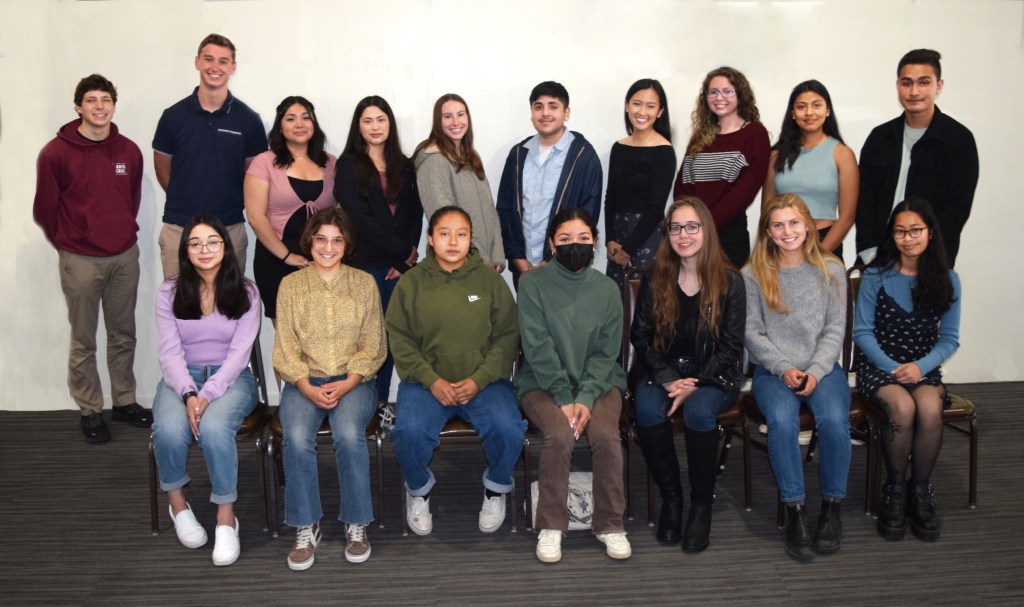 The Rotary Club of Santa Cruz recently awarded $76,000 in scholarships to support area students. To be considered, students had to go through an application and interview process and were selected based on a variety of academic and community factors. Scholarships were awarded to 19 new applicants and 18 returning recipients.

This year’s first scholarship recipients and the colleges they have chosen include:

The Rotary Club of Santa Cruz Scholarship Program was established 38 years ago. The club has awarded over $1 million to over 760 local students.

The following local students were honored for their academic achievements:

• Kiana Gilbert, of Felton, has been named to the honor roll for the 2022 spring semester at the University of Mississippi in University, Mississippi.

• Tyler Edwards, of Scotts Valley, has been named to the Dean’s List for the 2022 spring semester at Lakeview College of Nursing in Danville, Illinois.

• Melinda Brown, of Ben Lomond, has been named to the Dean’s List for the Spring 2022 semester at Eastern New Mexico University in Portales, New Mexico.

Karen Miga, an assistant professor of biomolecular engineering at UC Santa Cruz, has been named one of the 100 most influential people of 2022 by TIME. The announcement was made on May 23.

The TIME100 list is chosen by the editors of TIME.

Miga and colleagues Adam Phillippy, Evan Eichler and Michael Schatz led an international team of scientists — the Telomere-to-Telomere Consortium — to complete the first uninterrupted sequence of the human genome, according to a UCSC press release. Parts of the human genome are now available to study for the first time, allowing researchers to better understand genetic diseases, human diversity and evolution, the statement continued.

Herbelin brings more than two decades of healthcare experience to the role, including population health and value-based models of care, according to a statement from the alliance. Most recently, Herbelin served as Chief Medical Officer for Optum Market Performance Partnerships at UnitedHealth Group.

A story to tell, an event to report, a price to announce? Say the name is dropped. Email [email protected] The abandonment of names is published on Sundays and Mondays in the Sentinel.