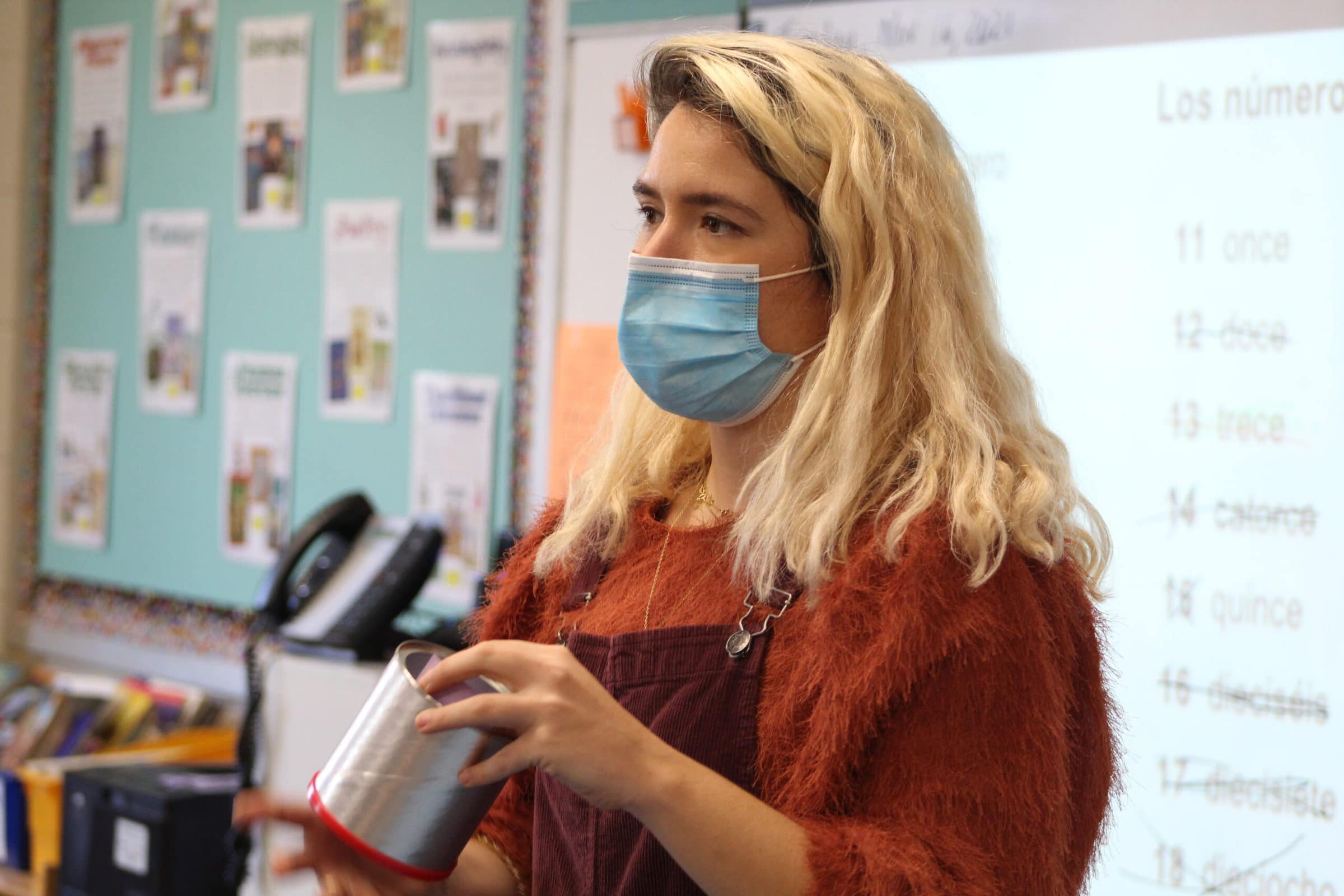 SOUTHBOROUGH – Joy Head’s fourth grade class at Margaret A. Neary School was full of excitement on a recent Tuesday afternoon.

The students played BINGO in Spanish.

After hearing the BINGO numbers in Spanish, the students took turns crossing out the numbers. The students got excited as the number of empty spaces on their cards dwindled until one student finally yelled, â€œBingo! “

This was one of Esther Valverde Collado’s world language courses, new to Neary and Northborough and Southborough Public Schools this year.

Valverde Collado told the Community Advocate that his colleagues Neary have so far been his favorite part of the job.

“They are very united,” she said. â€œThey really care and they show it. â€¦ Every day is very pleasant when you work with nice people. I agree that the right people make the right places.

Quasi-Principal Kathleen Valenti presented the program to the Southborough School Committee during their November 8 meeting.

â€œIt’s great that this is up and running,â€ said Kenturah Martin, a member of the school committee. “I know it’s been brewing for a while.”

Parents and a member of the school committee recommended forming an exploratory committee to see what the world language might look like in Neary in 2018.

This year, Neary was able to factor the hiring of Valverde Collado into his budget.

Valverde Collado, originally from Madrid, was then hired through a new partnership with the Massachusetts Department of Preschool and Secondary Education and the Department of Education of the Spanish Consulate.

This is the first time that Valverde Collado has visited the United States.

â€œI couldn’t wait to come here,â€ she told the Community Advocate. “It was totally an adventure for me, but I was so excited to take this and try to learn professionally and personally.”

She had to move her life to Massachusetts quickly over the summer.

Since then, Valverde Collado has explored the state and neighboring states on weekends.

Valenti described the program as a foreign language exploration program.

â€œIt really creates a solid foundation and a starting point for our students as they transition to foreign language programs at Trottier. [Middle School]”said Valenti.

Valverde Collado visits each of Neary’s 14 classrooms twice a week to teach Spanish and French.

Valenti said the program is less about language acquisition and more about exposing students to other cultures and countries.

She said Valverde Collado also worked with the school’s special teachers, including music and art teachers.

â€œIn fact, they didn’t know what salsa music was,â€ said Valverde Collado. “They searched for him and found that [Cruz] was called the queen of salsa. They thought salsa was a sauce.

This year, fourth and fifth graders are getting the same lessons, but Valenti said that next year they will build a new part of the curriculum for fifth grade.

â€œAlthough our program is in its infancy and we build the aircraft while piloting it, I am proud of the work she does,â€ said Valenti. â€œI am excited about the way our students are responding to instruction. The passion and dedication to providing them with this global language experience has been a true collaborative effort. “