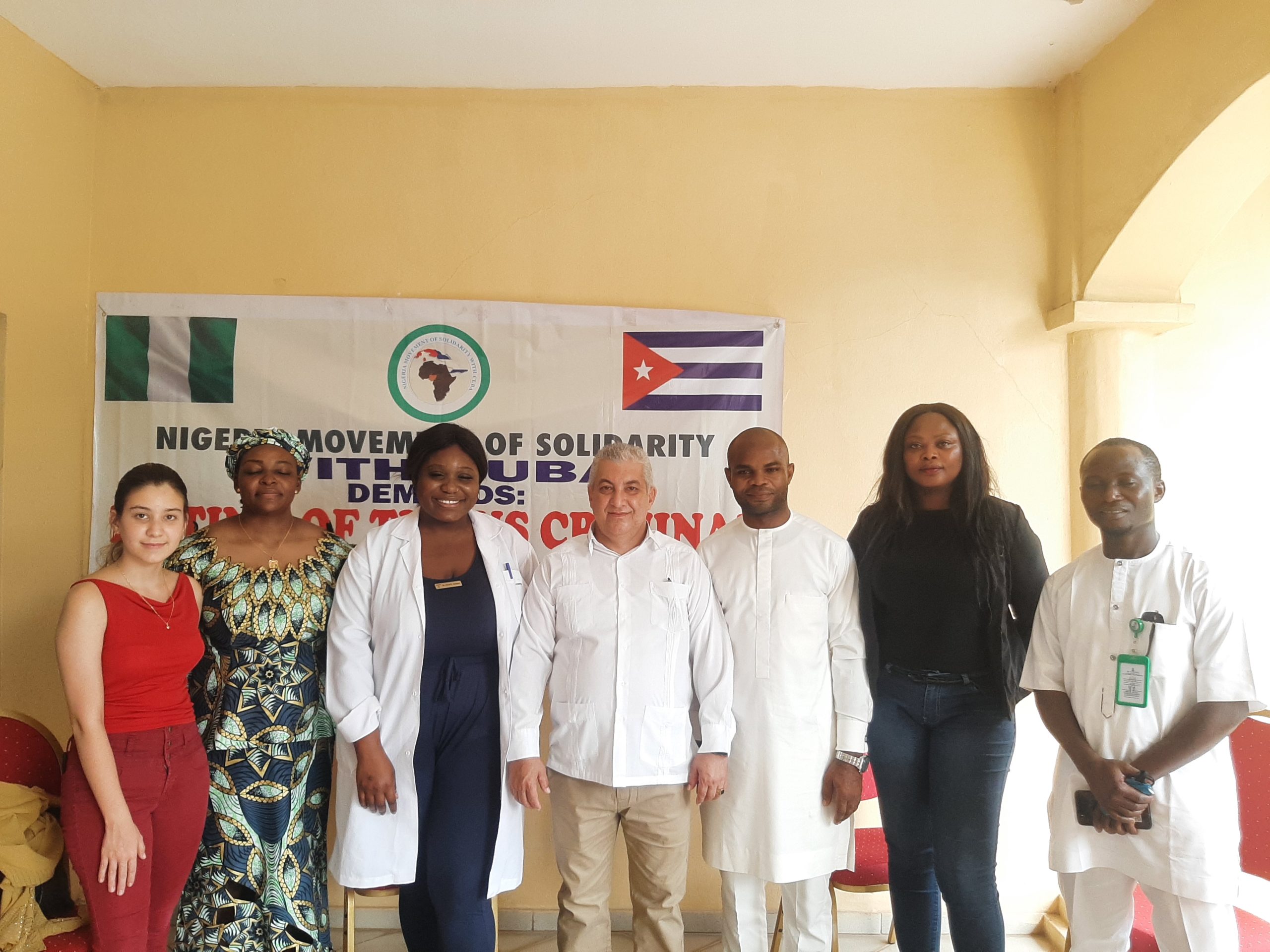 Five Nigerian alumni of the Cuban education system have highlighted the lessons their home country can learn from the interactive and hands-on mode of learning in the Caribbean country.

Among those alumni are four sportsmen and a doctor who have all returned home and recounted their experiences, shared lessons and spoken out against US sanctions against Cuba.

They spoke to PREMIUM TIMES in Abuja on Friday during a panel discussion held at Cuban Embassy in Nigeria.

Aliyu Makpha, from Nasarawa State, who now works as a sports administrator in the Federal Ministry of Youth and Sports, studied under the bilateral exchange program between Nigeria and Cuba.

He studied physical education and health at International Sports School in Cuba. Makpha noted that learning Spanish, a prerequisite for studying in Cuba, was not difficult. He said speaking the Hausa language was a plus because, like Hausa, Spanish is written the same way it is spoken.

“I did my primary and secondary education here in Nigeria; I was about to go to college when the scholarship came. I went to Cuba under a bilateral education agreement to study health physical education and sports.

“The two countries are different in terms of cultural background and system of government, so we should expect that difference in education – the difference is there.

“Due to Cuba’s communist ideology, education in the country is free,” Makpha said.

“I’m not saying the Nigerian education system is bad, but I think we can certainly borrow some things from the Cuban system.

“Speaking of sports, which is my profession, we can borrow a lot from Cuba to improve our physical and health education program, because you know that Cuba is one of the best sports countries in the world. Nigeria can become the best from Africa and the world.

Amina Amanchi from Plateau State also studied at the International School of Physical Education and Sports in Havana and now works in the Ministry of Youth and Sports. She credited her athletic skills with paving the way for her to get to Cuba.

“I used to run, that’s why my father suggested it to me when they were looking for people to go on the stock market in Cuba.”

She also commented on the derogatory ways in which people who study physical education are approached.

“Studying physical education in Nigeria is a bit discriminatory, I hear they call them jumpologists. But in Cuba, it’s the opposite; sport is an integral part of their education. I was happy and proud when I went to study in Cuba.

Speaking of the hospitality she received as a student in Cuba, Ms. Amanchi said, “Of all the countries I have visited in the world, Cuba has shown me the most acceptance and friendliness. . They give you the team spirit you need for everything. I have never experienced racism, wherever you are from, Cuba is right at home.

“The Nigerian education system can learn to be more interactive and less informative like in Cuba,” Ms. Amanchi said.

The group noted that there are no strikes to disrupt learning in Cuba, even when teachers are unpaid.

“Teachers are dedicated to their work; They don’t mind whether they get paid or not, but the passion for imparting knowledge is a major driver for members of this group. They advised Nigeria to learn from them.

Juliet Iyen arrived in Cuba on a scholarship from the federal government. In Cuba, the stars aligned in her favor as she received a Cuban scholarship to study up to a doctorate.

Ms. Iyen shared how her studies in Cuba taught her to be a one-stop-shop for education and sporting needs. She now works as a physiotherapist in Nigeria.

For Ms. Iyen, she did not choose Cuba, Cuba chose her.

“I don’t come from a wealthy family. My dad saw an ad about the scholarship in the newspaper and decided we would get the form, I applied and was chosen. I didn’t really choose Cuba but when the scholarship came I had to go to Cuba,” Ms. Iyen said.

According to Ms. Iyen, the Nigerian education system is not really bad. But according to her, Nigerians do not love their country enough to see it flourish, unlike Cubans who derive optimal satisfaction from as little as seeing their flag being hoisted for one reason or another.

She also lamented the effect of the US blockade on Cuba and the difficulty for students to access products from other places.

She called for the lifting of sanctions imposed by America on Cuba, adding that the world is deprived of the benefits it could derive from Cuba due to the blockade.

Emmanuel Anih, who now works at the Cuban Embassy in Nigeria, told PREMIUM TIMES that the blockade is affecting Nigerian students studying and those seeking to study in Cuba.

“For example, when we were in Cuba, it was difficult to send money directly to Cuba. He had to be sent to Canada, to the United States, to France before he arrived in Cuba. So far, you cannot transfer directly to Cuba; people who want to travel to Cuba for medical reasons also find it difficult.

He added that for students already in Cuba, the blockade makes it difficult for parents to pay their children’s tuition or send money for their upkeep.

Moreover, “there are things that people in other parts of the world can benefit from that the blockade does not allow them”.

Vera Adugwo studied medicine in Cuba. She works as a house officer at the National Hospital in Abuja.

Unlike others who went to Cuba through a scholarship program, Ms. Adugwo was sponsored by her family.

“I chose Cuba because I think their health profession is really good and you learned a lot; you end up being a very good doctor. Medicine in Cuba gives you a lot of practical knowledge.

For Ms. Adugwo, Cuba is a second home as she grew up in Cuba before moving.

“I felt it was a familiar place to return to as I grew up there. My dad sponsored me. We met a Cuban-trained doctor in Madrid who gave my dad some clues about how Cuba is a great place to study medicine and the privileges that come with being trained in Cuba.

According to Ms. Adugwo, studying medicine in Cuba is quite affordable compared to the United States, if one is not on a scholarship.

Support the integrity and credibility journalism of PREMIUM TIMES

Good journalism costs a lot of money. Yet only good journalism can guarantee the possibility of a good society, an accountable democracy and a transparent government.

For free and continued access to the best investigative journalism in the country, we ask that you consider providing modest support to this noble endeavour.

By contributing to PREMIUM TIMES, you help sustain relevant journalism and keep it free and accessible to everyone.