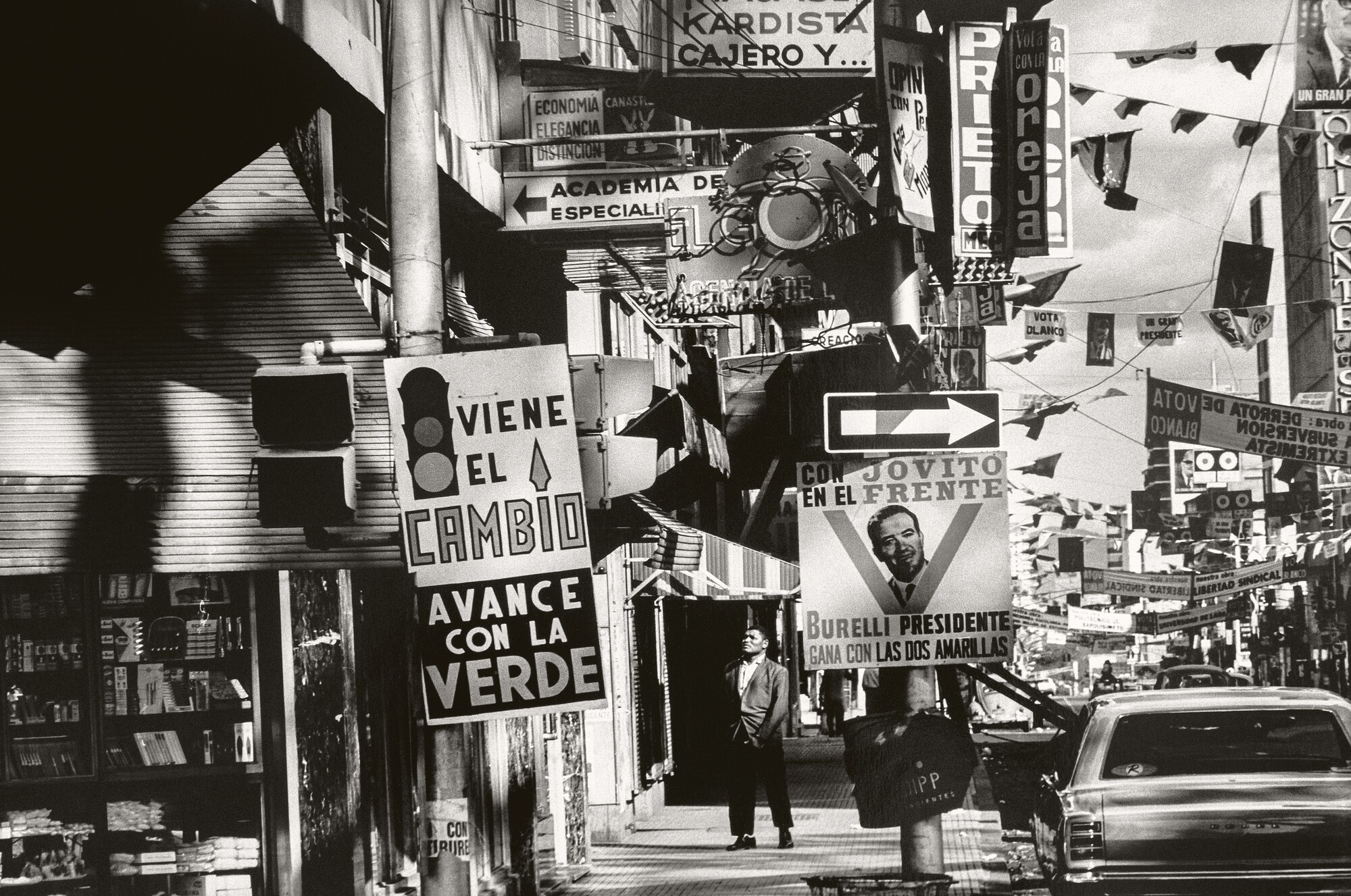 Paolo Gasparini: Field of images offers a comprehensive overview of the artist’s six decades of career, focusing both on his photographs and on another of his main means of artistic expression, the photo book. Together, they present a journey through different cities in the process of transformation: Caracas, Havana, SÃ£o Paulo and Mexico City, and one that also has resonances of Munich, Paris, Barcelona, â€‹â€‹Madrid and London.

Gasparini’s work is a journey that crosses two opposing but historically interdependent worlds. Through his photography he aims to eliminate the ethnocentric view from which Latin America was formed through or in opposition to Europe and the United States. His works make it possible to understand not only the differences between Europe and Latin America but also the diversity within the latter, from Mexico to the south of the Andes. As the curator of the exhibition, MarÃ­a Wills observed: â€œGasparini’s photographs reflect the effects of decades of political migration in the 20th and 21st centuries: migrations of Europeans to the Americas following World War II; Cubans in Spain and the United States; Ecuadorians in Spain; and, more recently, the massive exodus of Venezuelans to Colombia. Generation after generation marked by voluntary and forced exiles inevitably makes us reflect on the ambivalence of identity.

Paolo Gasparini is the photographer who best portrayed the cultural tensions and contradictions of the South American continent. His images reflect the harsh social reality of a region with indisputable cultural authenticity and where the past and local tradition dialogue with a heavy and imposed modernity. Gasparini is committed to the creation of a work with a unique visual language that always seems to express a critique of the consumer society while revealing a certain obsession with the way in which marketing and advertising seduce us. His images are real and reflect the chaos of contemporary life: billboards, reflections in shop windows, workers finishing their day, homeless people, passers-by, towers, poor houses, political slogans and the harsh life of Andean peasants, all dealt with with maximum respect and dignity, finding beauty in this daily chaos and showing its vitality.

The exhibition is accompanied by a catalog with reproductions of all the works on display. It also includes essays by curator MarÃ­a Wills LondoÃ±o, photography historian Horacio FernÃ¡ndez, art historian and visual culture researcher Sagrario Berti, writer and journalist Juan Villoro and Antonio MuÃ±oz Molina, winner of the Prince of Asturias Prize for Literature.

After its presentation in Barcelona, â€‹â€‹the exhibition will travel to the Sala Recoletos de la FundaciÃ³n MAPFRE in Madrid in the summer of 2022.

Also you might know KBr Flama’21. The objective of KBr Flama is to support the new art as well as the latest generations of photographers who start their professional careers after completing their formal training in Barcelona photography schools.