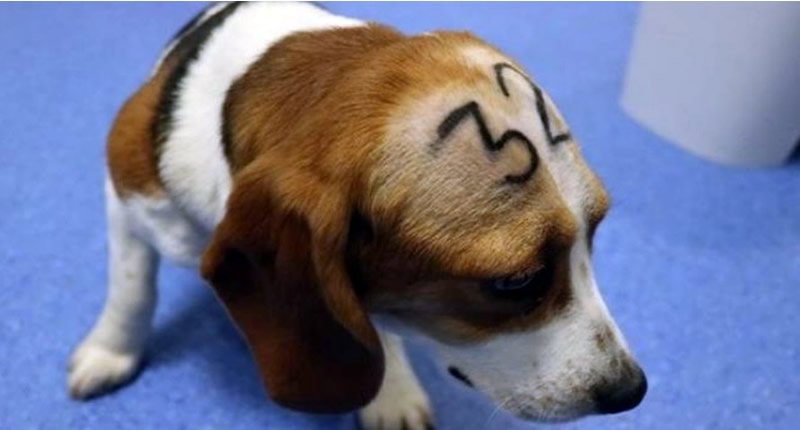 Nearly 1.3 million signatures have been collected by a petition against the use of beagles in Spanish drug trials

An online petition against the use of beagles in experimentation by Vivotecnia laboratories in Madrid commissioned by the University of Barcelona (UB) has garnered around 1,300,000 signatures.

This initiative, which began a month ago, was the idea of ​​Ruben Garcia and Cristina Espinach, who together, on Thursday February 10, symbolically “delivered” the results of their change.org campaign to the facilities of the Science Park of Barcelona.

As the couple explained to the media, in a “symbolic” act, these signatures were delivered “by telepathy”, since no one from the laboratories or the UB wanted to receive them.

“Everyone turned a deaf ear, including this Thursday, the project managers, who did not want to receive us, or even confirm the receipt of signatures”, lamented Espinaca, while acknowledging the incredible number of signatories on their petition.

He added that he will only be satisfied when all dogs are freed from pharmaceutical experiments, for which, he pointed out, most puppies will eventually die.

“I found out about this case around Christmas and it didn’t let me sleep. I thought I had to do something. We called all the administrations with no response, we no longer know which door to go to, ”explained Espinaca.

Espinaca, motivated by the animalist cause, registered the petition on change.org without knowing that Ruben Garcia had also done the same a few hours earlier. After realizing this, they decided to join forces, which allowed them to collect 1,290,000 signatures around the world in just three weeks.

Although Espinach is aware that in certain circumstances animal testing is legal, she defends that “there are alternatives” with which the drug in question could be studied, for liver fibrosis.

“On top of that, it’s an experience at UB that we all pay for. The prestige of UB is at stake. I don’t know how it can lend itself to that, ”she denounced.

Given the controversy generated, the University of Barcelona reported on February 2 that, according to European regulations, before testing any treatment in humans, it is mandatory to carry out a toxicity study on two species of mammals, and it is imperative that one of the two not be a species of rodent.

This is why it is necessary to carry out the treatment with another type of animal – in this case, “beagle” dogs – to find out if it could then be tested on humans.

The Barcelona Science Park does not have a laboratory for this type of experimentation, which is why it launched a call for tenders for this part of the study, which was awarded to the Madrid-based company Vivotecnia.

Next March, the project will be carried out at Vivotecnia’s headquarters in Madrid, and in the first part of the study, the drug will be administered to six dogs, which UB has agreed to put up for adoption at the end of the study. .

However, they recognize that in the second part of the study “it will be imperative to carry out a study of the tissues of 32 dogs, by autopsy”.

“Currently, there is no known alternative method to the use of these animals that can replace the methodology of this type of research”, underlined the scientists of the Park and the university.

They pointed out that the Confederation of Scientific Societies of Spain recognizes that the use of animals is “a necessary practice to advance the study of treatments, surgical techniques or vaccines”, as reported 20minutes.es.

Thanks for reading, and don’t forget to check The Euro Weekly News for all your up-to-date local and international news, and remember, you can also follow us on Facebook and Instagram.