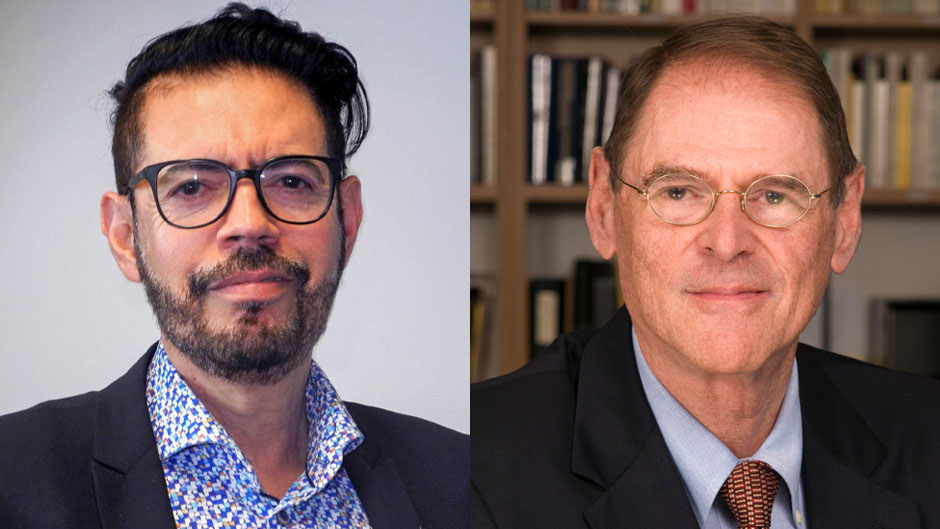 Professor José Szapocznik and Dr Jorge Saavedra are working with world leaders to foster a global treaty that would guide nations on how to respond to outbreaks and prevent pandemics.

Since then, Szapocznik’s goal has become much more prescient.

Just two months after Szapocznik spoke about the issue at the AIDS Health Care Foundation, the current COVID-19 pandemic began. Soon, Szapocznik and 20 other public health officials published an article in The Lancet Public Health, calling for a global framework and treaty that could help every nation prevent, prepare for, and respond to epidemics and pandemics more systematically. Countries that fail to comply could face fair and just penalties, while poorer countries could be helped to comply with funding. These methods of mutual insurance, according to Szapocznik, will help countries know that their peers are doing whatever is necessary to prevent epidemics from becoming pandemics.

“If we want to prevent pandemics, we need a different global governance architecture that has those functions,” explained Szapocznik, who is also chairman emeritus of the Department of Public Health Sciences at the Miller School of Medicine. “And to have an effective mechanism, this body needs to monitor what’s happening in different countries and be able to independently verify the data.”

To that end, with support from the AIDS Health Care Foundation (AHF), Szapocznik worked with Dr. Jorge Saavedra, executive director of the University‘s AHF Global Public Health Institute, and sought advice from the president of the Julio Frenk University, a renowned global audience. health expert, to form the panel of experts for a global convention on public health in early 2021. Now Szapocznik heads its secretariat, which includes Saavedra, and three University of Miami graduates from the program master’s degree in public health.

The panel’s work received a major boost in December, when in response to its advocacy and that of many other international groups, the World Health Organization (WHO) said it would establish a body to begin to negotiate such an agreement or treaty. And this week, an intergovernmental body of the WHO held its first meeting in Geneva, Switzerland, to draft a convention or agreement to prevent pandemics. Meanwhile, the United States is calling on the WHO to strengthen its international health regulations by the end of May.

Szapocznik, along with a growing number of global public health experts, is working to make this agreement a reality. With many of the same goals as the Lancet article, the 10-member panel now meets monthly to advocate for a global treaty. It includes a range of global health experts, such as its chair, Barbara M. Stocking, former chief executive of OxFam Great Britain, recent outgoing president of Murray Edwards College at the University of Cambridge, as well as president of the Ebola 2015 named by WHO. independent committee; Laura Chinchilla, former President of Costa Rica and current Vice President of the World Leadership Alliance-Club de Madrid; Jane Halton, former Secretary of Australia’s Department of Finance and Department of Health and former President of the World Health Assembly, which governs the WHO; John Dramani Mahama, former President of Ghana; and Professor Maha El Rabbat, who was Egypt’s first female Minister of Health and Population and is currently Executive Director of the Middle East and North Africa Health Policy Forum.

As the third anniversary of the pandemic approaches, the novel coronavirus continues to spread around the world, spawning variants in its wake. Szapocznik points to a patchwork of policies on containing the virus, as well as access to vaccines that differs across the world, as issues. These varied responses have now caused nearly six million preventable deaths, he said; Moreover, the economies of many countries have been harmed, he added. Having a global treaty could help the world contain outbreaks — through transparency, coordination, global data monitoring, sharing knowledge about vaccine manufacturing and accountability, Szapocznik suggested.

“Equity is needed not only in the distribution of common goods, like vaccines and medicines, but in the financing needed to prepare poor countries to respond effectively in the event of an epidemic,” the public health professor said. “No country alone can prevent the impact of a pandemic because viruses know no borders.”

Another impetus for the treaty: while the WHO is a vital resource for providing scientific advice and supporting countries’ preparedness for pandemic prevention, it cannot both support nations and simultaneously hold them accountable for their actions, concluded Szapocznik.

Yet a treaty or agreement will not come without difficult negotiations. While countries like Chile and many European countries fully support the idea, with the United States closing in on it, others, like Brazil and China, have opposed such a move.

“Everyone is focused on self-help now, but no country will be able to fully rebound until we dramatically reduce transmission around the world to prevent the emergence of new, more harmful variants,” said Szapocznik. “Some countries don’t want to see the big picture, but we all need to cooperate if we want to prevent the next pandemic.”