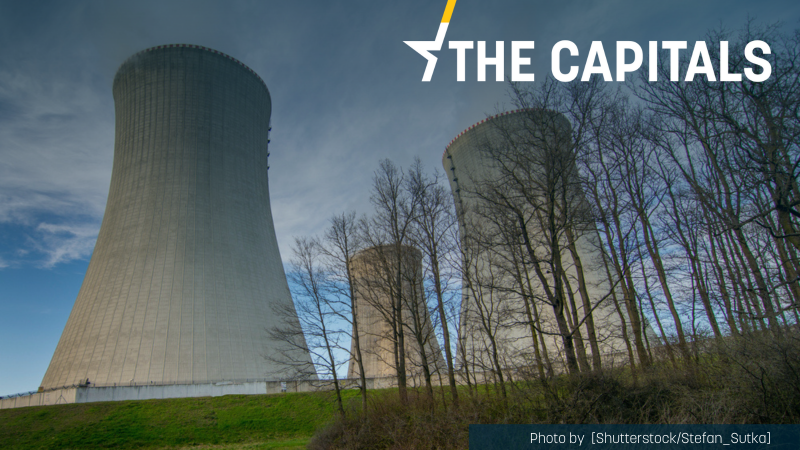 The Capitals brings you the latest news from across Europe, thanks to on-the-ground reporting by EURACTIV’s media network. You can subscribe to the newsletter here.

European news you deserve to read. welcome to Capitals by EURACTIV.

The need for a European plasma donation ecosystem

In today’s news from the capitals:

German ports traded the most with Russia in 2021. Russia was Germany’s ports’ biggest trading partner in 2021, driven mainly by trade in fossil fuels, according to newly released data, as EU countries consider whether to close seaports to Russian vessels . Read more.

Far-right candidate Zemmour accused of sexual assault, again. NOTNew allegations of sexual assault against presidential candidate Éric Zemmour have been criticized by the entourage of the far-right polemicist, who accuses the investigative site Médiapart of trying to “strike the blow on the condition feminine”. [rights] day”. Read more.

Russia summons Irish ambassador after truck drives to Russian Embassy in Dublin. Ireland’s ambassador to Russia has been summoned by the government to Moscow after a lorry crashed into the gates of the Russian embassy in Dublin on Monday. Read more.

The Helsinki Stock Exchange is the most affected by Russia’s war against Ukraine. Shares in Helsinki are falling more sharply than in the rest of Europe as interest rises and Finland’s position as an investment target is called into question. In the eyes of investors and analysts, the country’s proximity to Russia creates a psychological barrier. Read more.

EPP leader is pushing to suspend Greek MEP critical of pharmaceutical scandal. The centre-right European People’s Party (EPP) in the European Parliament will vote today (9 March) on a proposal by its leader Manfred Weber to suspend a lawmaker who criticized the Greek government for its handling of a scandal linked to the pharmaceutical company Novartis as well as the prosecution of the judges and journalists who uncovered it. Read more.

Portuguese schools are preparing to welcome Ukrainian pupils. Children and young people of Ukraine will be integrated into Portuguese schools “as soon as possible”, with the strengthening of the Portuguese language education and social support, announced the Ministry of Education. Read more.

Cyberattacks intensify in the midst of war, warn Czech experts. The war in Ukraine has increased the intensity of cyberattacks, Czech security experts have warned. The humanitarian crisis can also be an opportunity for fraudsters posing as charities or NGOs helping Ukrainian refugees. Read more.

Poland calls the parliamentary session “historic” to express its support for Ukraine. Poland is calling an extraordinary session of both parliamentary chambers to discuss ways to support Ukraine on the 23rd anniversary of the country’s NATO membership on Friday. NATO chief Jens Stoltenberg and US President Joe Biden will attend as special guests. Read more.

Truss: The new British bill will also help target secessionists in Bosnia and Herzegovina. The new Economic Crimes Bill that was fast-tracked by House of Commons MPs on Monday to crack down on oligarchs and kleptocrats will also help the UK target secessionists in Bosnia and Herzegovina, said British Foreign Secretary Liz Truss. Read more.

The Berlin process is the best chance for the Western Balkans to join the EU. The Berlin process must continue because it is the best chance for regional cooperation in the Western Balkans, the resolution of bilateral disputes and EU membership, Zoran Nečev and Anamarija Velinovska of the Institute for democracy Societas Civilis Skopje (IDSCS). Read more.

The Commission is “monitoring” the removal of Albanians from the electoral lists before the Serbian elections. The European Commission is aware of reports of the removal of ethnic Albanians from electoral rolls in the Presevo Valley in Serbia and is monitoring the situation in the light of Belgrade’s commitments in the EU accession process. Read more.

Romania lifts all COVID restrictions. Masks are no longer mandatory from Wednesday, while the green pass is not required to enter a restaurant, mall or the airport. Read more.

North Macedonia FM says we shouldn’t worry about the conflict in the Balkans. There is currently no threat to the Balkans, said Bujar Osmani, Minister of Foreign Affairs, regarding Russia’s ongoing war against Ukraine. Read more.

The Albanian Prime Minister creates a committee on the economy of war. Prime Minister Edi Rama announced the creation of a special committee to manage the economic and security consequences of Russia’s war against Ukraine during a press conference on Tuesday morning. Read more.