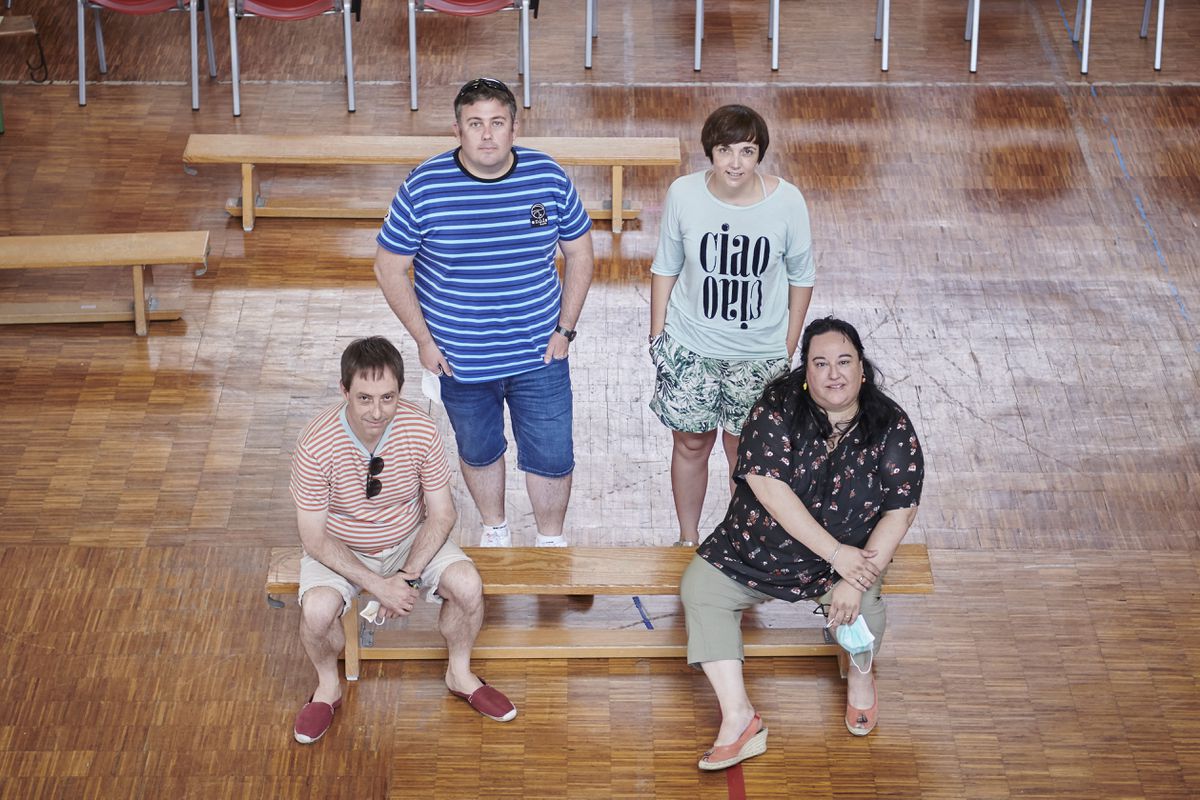 RubÃ©n GarcÃ­a, a 39-year-old teacher from the Spanish city of Valladolid, is worried about having to resort to American country-pop diva Taylor Swift to teach his students about natural sciences. GarcÃ­a teaches at a public elementary school offering bilingual education, and the first time his students look at a picture of a bird named “swift” in English, he finds himself talking about the singer in order to help them remember the word.

Like other educators, GarcÃ­a believes that the Spanish bilingual education program has significant shortcomings. One of the big problems he sees is that the vocabulary and grammar in science books is more advanced than what students learn in their regular English class. This means that children have a hard time understanding what they are reading and end up memorizing the words without really grasping the content.

The center where he works, the Antonio AllÃºe Morer Primary School, is one of the seven public schools that are dropping the bilingual program in the Spanish region of Castilla y LeÃ³n, where there are 374 centers on a system that was introduced in the 2006 – 2007 academic year.

In another large region of Spain, Castilla-La Mancha, 80 out of 271 schools have abandoned the model, which was first adopted there in the 2005-2006 school year. And in Navarre, where the program started in 2010-2011, a school has for the first time received government authorization to drop out. In Madrid, all new schools must be bilingual and some parents report having difficulty finding a center that is not.

In all the regions of Spain – which have devolved competences in the field of education – a school can only leave the bilingual education program if the school bodies representing teachers, families and pupils agree on the question.

So why are so many schools withdrawing from one of the great Spanish educational initiatives, which was supported by political parties of various ideologies? Antonio Cabrales, researcher at Carlos III University and author of the 2017 report Evaluate a bilingual education program in Spain, believes that the Spanish curriculum has too much content to begin with, and to this is added the fact that some courses are taught in English by teachers who are not native speakers.

The boom in bilingual education has remained strong since regional governments first introduced the concept in the early 2000s, allowing public and semi-private schools that receive public funding (known as concerted) to register on a voluntary basis. There were 240,154 students enrolled in these programs in 2010-2011 in all regions of Spain – with the exception of Catalonia, which does not provide figures. In the 2019-2020 school year, there were 1.4 million students in a bilingual school program, an increase of 498%, according to an analysis by EL PAÃS using data from the Ministry of Education. There are a total of 8.2 million students in non-university education in Spain. Of these, 17.3% are enrolled in a bilingual program and 95.8% of them have chosen English as another language of learning.

But experts say there is a lack of objective information on the effects of this learning model on students. They also accuse regional authorities of using schools as a testing ground to keep their campaign promises.

There are also differences in English requirements for teachers by region. In Asturias and Andalusia, it is sufficient to have a B2 level, which indicates proficiency but not proficiency as defined by the Common European Framework of Reference for Languages â€‹â€‹(CEFR). In Madrid, teachers in the bilingual program must prove a C1 level, which indicates competent users of the language.

What we’re doing here is deceptive, it’s a sham, it’s bogus bilingualism where [students] neither learn English nor the subject correctly

Some opponents of the model are educators who have participated in the Department of Education’s exchange program for visiting teachers in the United States and Canada. Manuel Quevedo, a biology teacher at Doctor AlarcÃ³n SantÃ³n Public High School in La Roda (Albacete), spent a year in Evanston, Illinois, teaching biology in Spanish to English-speaking students. â€œThis is where I saw an efficient and well-designed system working, with five hours a day in Spanish,â€ he says.

In Spain, students in the bilingual education program receive an average of five hours per week of subjects taught in English, not counting their English lessons. “What we’re doing here is deceptive, it’s a sham, it’s bogus bilingualism where [students] neither learn English nor the subject properly, â€he says.

His school dropped out of the program in 2018, just one year after the regional government authorized it. Before that, it offered biology and physical education in English. “We made a mistake, we sold this to parents telling them that it would open up opportunities, that there would be gradual progress, but the years went by and we were never sent the native support staff we were promised. … and meanwhile the teachers only had to have a B2 level of English, which is not enough to teach a class fluently. We wanted to do something with a solid foundation, but we lacked the capacity.

If so many people aren’t happy with the program, why aren’t more schools coming back to learning entirely in Spanish? Paco Serrano, teacher in Madrid and author of the documentary La chapuza del bilingÃ¼ismo (or, The Disorder of Bilingual Education), notes that one reason could be that teachers do not want to forgo their monthly premium for teaching in English, which ranges from â‚¬ 80 to â‚¬ 170.

Ainhoa â€‹â€‹Reparaz is the principal of the only school in the Navarre region that has abandoned the bilingual program, the Dos de Mayo public center in CastejÃ³n, where the new system has been imposed on them, she says. As part of the program, they were required to teach natural and social sciences in English. â€œThe kids got lost during the explanationsâ€¦ we’re not against English, but in the end you sacrifice lessons,â€ she says. In addition to learning difficulties, 50% of the students in his school are of Arab origin. “If they already have trouble with the Spanish language, imagine with English.”

There are two schools of thought in the scientific literature regarding the best way to learn languages. One says the critical period for learning is from birth to age seven, a theory that supports having bilingual school models from an early age. Another theory postulates that it is better to consolidate the mother tongue before embarking on a second. In most parts of Spain, the bilingual program begins in primary school, at the age of six, not in preschool, and some experts say this is the real reason it doesn’t work. not.

â€œThe teaching method is flawed: it relies on memorizing vocabulary lists at a time when they still cannot read correctly in Spanish. We don’t teach them the language naturally through conversation, but with books, â€laments Tais MartÃ­n, 44, mother of a dyslexic child who now attends a private school in Madrid because there was no public school. without bilingual program.

A 2018 study by the Department of Education in Madrid on the performance of students in bilingual schools showed that sixth-graders did two tenths of a point better in mathematics (which is taught in Spanish) and scored 12 points. more in English than their peers. in a Spanish teaching program. But everyone has done the same on science subjects.

â€œThe language of science is English; in engineering, math or medicine, it is essential in adulthood. It’s an effort that requires continuity, â€explains Ismael Sanz, professor of economics at Rey Juan Carlos University in Madrid and supporter of the bilingual program. â€œThe first generations of this model are now coming to university and the level of English has clearly increased, we are now able to create more degrees in this language. “

But Henar Rubio, the principal of the Antonio AllÃºe Morer school in Valladolid, believes that sacrificing students’ understanding of science in order to improve their English is not a reasonable option. â€œThey learn parts of the body in English, and then they can’t place them or even know what those organs are doing,â€ she says. â€œI don’t think that’s the kind of new generation we want. “