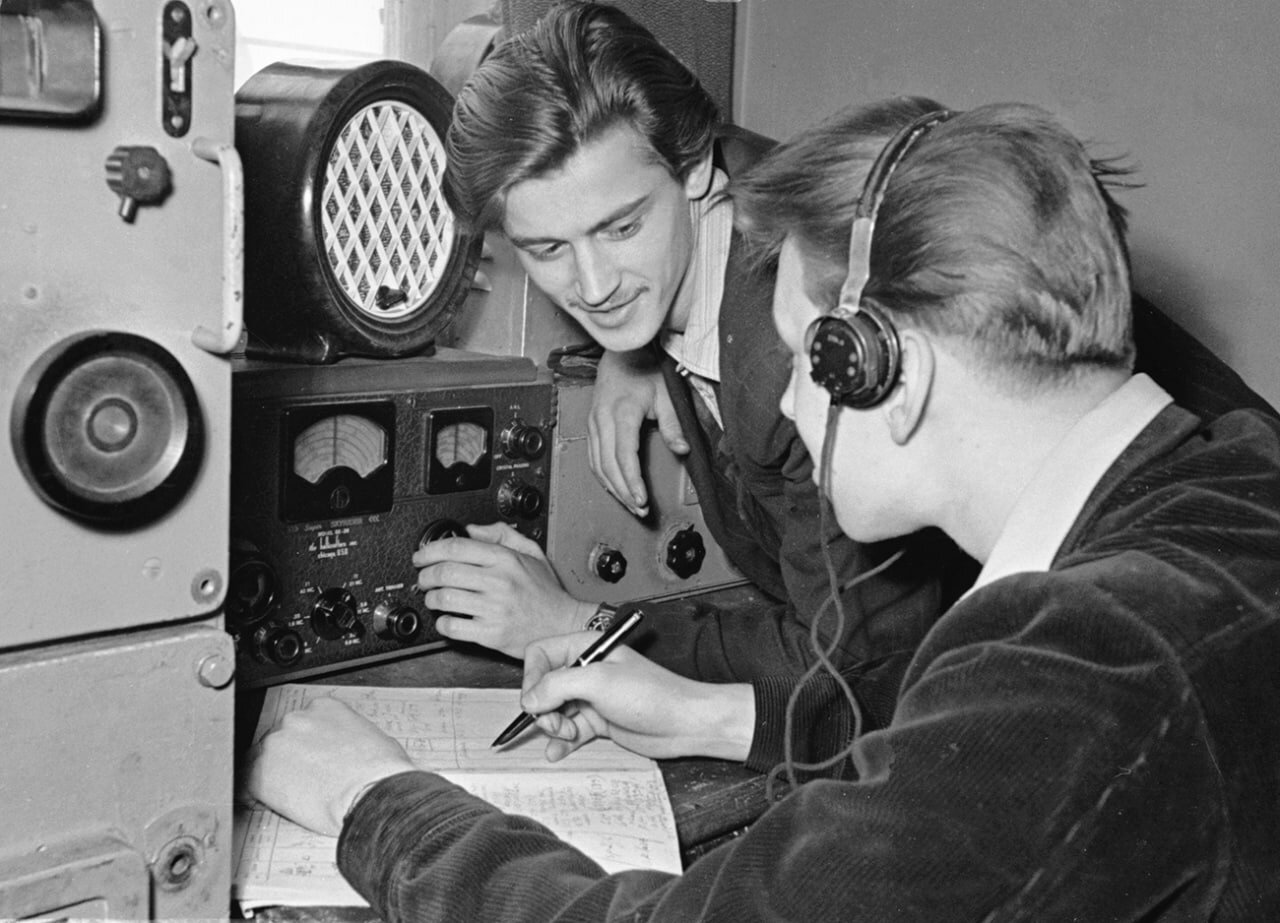 The origins of Ukrainian CIA and Radio Nacional de EspaÃ±a (RNE) broadcasts in Ukraine date back to March 1956: there were discussions between the ZP / UHVR (Foreign Representation of the Supreme Liberation Council of Ukraine) and the CIA regarding “support for the political momentum to lead in organizing a global campaign to elevate nationalism as an ideology opposed to the Soviet brand of totalitarian communism.” Ukrainian nationalist exile Mykola Lebed in New York was in contact with Radio Madrid and received twelve of his radio scripts for his comments. In March 1956, Lebed told his CIA contact at a meeting in New York:

These broadcasts follow the general theme of Ukrainian national liberation and avoid chauvinistic attacks against Russian nationals. However, their content is somewhat weak as far as a critical discussion of the shortcomings of the Soviet system. Exposing the problem of the Ukrainian population in relation to the regime requires careful study and a continuous flow of information which, at present, is lacking in “Radio Nacional”. The Ukrainian group of writers and publishers in Madrid consists, for the most part, of young people who have been educated by the Jesuits at the University of Madrid.

Lebed also said that the Ukrainian editors of Radio Madrid’s broadcasts are keen to establish contact with ZP / UHVR and want to use their talent and resources to improve their broadcasts.

The Ukrainian emigrants who originally represented the underground resistance movement in the USSR could no longer justify these claims. The current activities of Prolog Associates as a group fall into two categories; namely, the propaganda directed against the Ukrainian population in the USSR and the political activities within the circles of Ukrainian emigrants in the free world. In the first category could be included the following elements: Ideological orientation and technical support for Radio Madrid.

In October 1957, the Prolog representative in Madrid brought a copy of the Prologue Magazine for the attention of a Radio Nacional executive, who is very interested in it and uses his influence to have the article “Asian Renaissance” by Lev Shankowsky published in the National radio bulletin in Spanish. This bulletin has been distributed to Spanish ministers and members of the General Staff and others. Radio Nacional’s “Arab office” translated the same article into Arabic and used it for its broadcasts in “Arab” nations. The editor of the RNE Chinese Desk was also interested and had the article translated into Chinese. Lebanese and Moroccan program directors have also expressed interest in using the article for their shows.

On October 14, 1957, at Prolog’s New York office, Lebed informed his CIA official that he was in correspondence with one of the members of the ABN (Anti-Communist Bloc of Nations) mission in Formosa regarding broadcasts. transmitted to the Soviet Union. Union via the Nationalist Radio Network. The ABN representative asked for help in obtaining appropriate publicity material. Lebed accepted the request that the group send copies of their radio scripts. He received a letter from ABN enclosing the last two radio scripts in Ukrainian. He told his officer in charge that he would have the radio scripts translated and give them to him.

Lebed met his CIA contact at Prolog’s New York office in November 1957 and told him that he had received information from Poland indicating that the Ukrainian shows on Radio Nacional were the best Ukrainian-language shows in the world. West. A Ukrainian named Buchinsky (first name unknown), prepared two religious programs in Ukrainian per week. Radio Nacional paid the Ukrainian section about 1000 pesos per month (about $ 25) but this was not enough to cover the expenses.

In April 1958, Lebed told his CIA contact that his representative in Spain, Bohdan Tsymbalist, who was also head of the Ukrainian section of Radio Nacional, would immigrate to the United States in the near future, if he did not want to lose his right. to emigrate. One possible alternative was a trip to the United States for at least two weeks, which would give him the opportunity to return to Spain and emigrate at a later date. Lebed had planned to discuss this issue with him during the premiere’s trip to Europe later this month.

Lebed spent six days in Madrid in July 1958. Two days after his arrival, the director of Radio Nacional was replaced by Gomez, considered pro-German and anti-American. Tsymbalist told Lebed that Gomez’s adviser was a Yugoslav whose wife was Russian and worked in the Madrid area. It was unclear what changes would take place now that Gomez has taken over. Tsymbalist hoped Ukrainian broadcasts continued and told Lebed this would keep him informed of developments.

In an internal CIA report from March 1959 on the costs of daily 15-minute broadcasts on Radio Nacional, the total annual cost was $ 600 for “a person located in Madrid, who directs the writing of the script and does the writing. announcement “.

In November 1958, there was some doubt about Radio Nacional’s broadcasts to Ukraine:

Regarding Radio Madrid, the SR Division currently intends to send a case manager to have local contact with all the assets that we have put on the ground in Madrid. The question asked was whether we know enough about the people we are subsidizing and in particular whether we have read the scripts of Radio Madrid and can we draw a conclusion as to the quality of the propaganda production.

The renewal of the AERODYNAMIC project for fiscal year 1960, approved in March 1960, contained these comments on clandestine broadcasts:

Radio MADRID. Two 15-minute Ukrainian-language programs were broadcast daily on Radio Nacional de EspaÃ±a in Madrid. Information received in correspondence and via tourists traveling to Poland indicates that the broadcasts there are beard and the comments have been favorable. The content of these broadcasts is controlled via AECASSOWARY-2. Some radio scripts are provided by AECASSOWARY staff in New York and two of their contacts in Madrid, who produce the actual broadcasts.

Found a spelling mistake? Let us know – highlight it and press Ctrl + Enter.