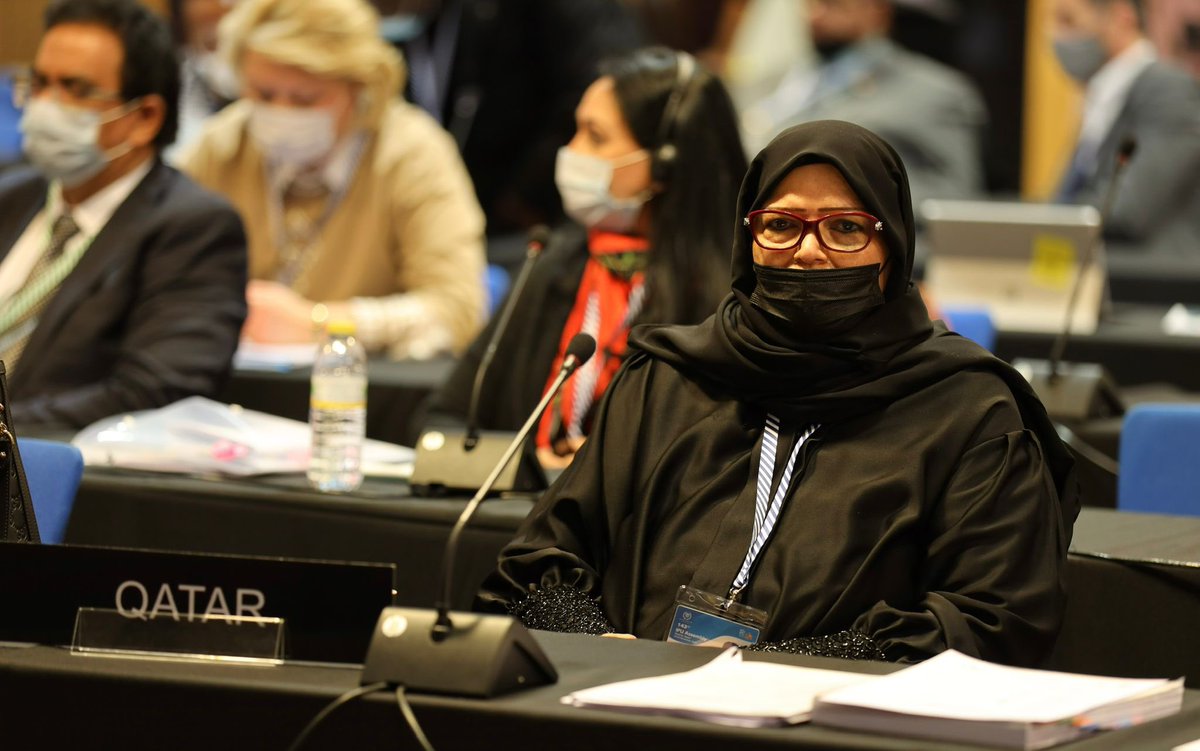 Doha: The Shura Council participated in the meetings of the 32nd session of the Forum of Women Parliamentarians, within the framework of the 143rd General Assembly of the Inter-Parliamentary Union (IPU), which is currently being held in Madrid.

The Council was represented at the meetings by HE member of the Shura Council, member of the Forum of Women Parliamentarians of the Inter-Parliamentary Union Sheikha bint Yousef Al-Jufairi.

In her speech during the session, Her Excellency reviewed the status of women in the State of Qatar, indicating that Qatari women play a leading role in public works, as they have become equals with men. and occupy the highest administrative and scientific positions. They are also making an effective effort by contributing in various fields inside and outside Qatari society.

In the field of entrepreneurship, His Excellency said that Qatari women have been able to assume all management positions as minister, university president, deputy prosecutor, State delegate to the United Nations, official spokesperson from the Ministry of Foreign Affairs, member of the Shura Council, and director of investment companies.

Her Excellency went on to say that what strengthened the role of Qatari women in public works was their enrollment in higher education, as the percentage of girls enrolled in university reached 70.39%, according to data from the Planning and Statistics Authority for the year. 2020, and the high rate of their participation in the labor market, since it was close to half, and acquired the highest percentage in sectors such as education, health and social work.

HE the member of the Shura Council also commended the considerable efforts made by H.H. Sheikha Moza bint Nasser, President of the Qatar Foundation for Education, Science and Community Development, at the local, regional and international levels, in order to achieve a qualitative leap in the level of education and rehabilitation of the new generation.

His Excellency added that, confirming the confidence of Qatari men in the contributions of women and their ability to take on leadership roles in the country, the members of the Shura Council elected HE Hamda bint Hassan Al-Sulaiti to the post. vice-president of the Shura Council.