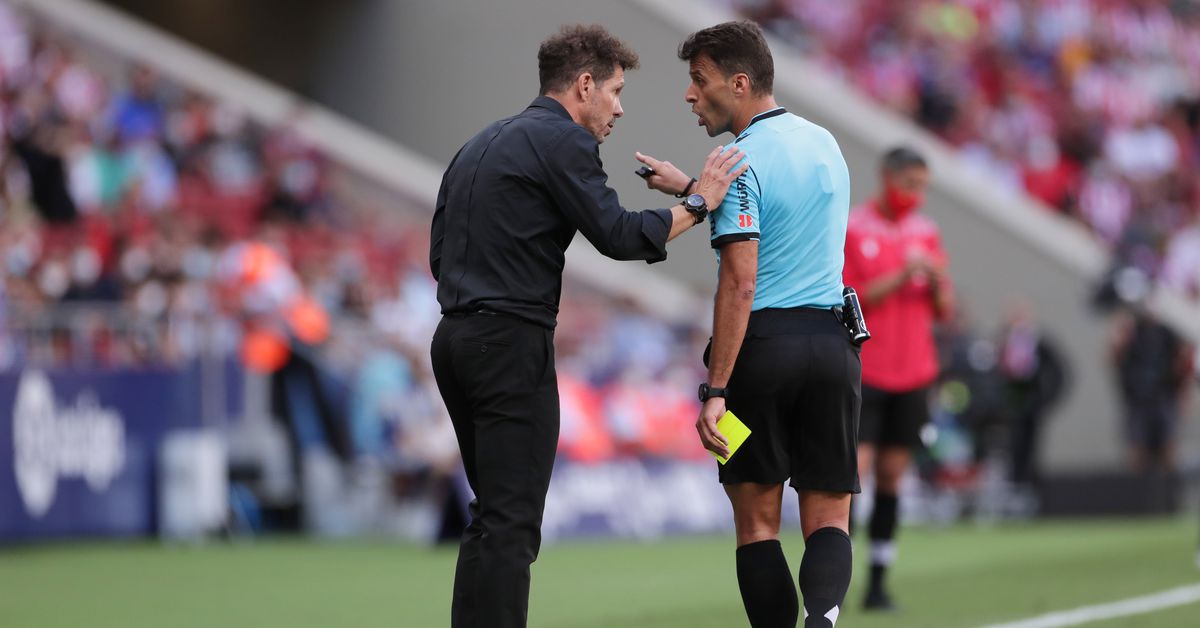 Simeone: â€œI have no doubt that he came into the game very well, that’s what matters to me. The final play reflects that he leaves the ball behind and is cautioned by the referee. I keep the good parts in mind for his return to the field.

On what he would say to Felix following the incident

â€œI had the same reaction a few times, and it was irrelevant to what the game was asking for, and I figured it out over time. It’s an episode that can happen to anyone. which player The referee understood that he had to send him off, surely if the gesture is made by another player, it will not be interpreted in the same way.

â€œThere are a lot of yolks. You have to look for sensitivity in the moment. I don’t think these are all bookable offenses. You can speak (to the referee) with respect and education, to understand what is going on.

On his conversation with Gil Manzano

â€œI told him to be calm, he told me I can’t tell him to be calm because he’s calm. He’s a great referee, he performed very well. The context of each match creates different feelings (around the decisions of a referee).

On AtlÃ©tico’s lack of goals

â€œI wouldn’t be looking for excuses, it’s football. It can happen, and I trust the team and the players we have. We will work for these names to do what they have always done, which is to produce goals.

On the AtlÃ©tico play itself

â€œI really liked the team, although we didn’t have so many chances. De Paul has grown up, Lodi has improved, Kondogbia is settling down, even though he has suffered a heavy blow. We took a man down and the team didn’t fade away. These are the steps for what’s to come.

“Today we faced a team that will be important in the league, they have shown that all season long and our second half was very good until Llorente hit the post.

â€œI’m going to keep the best take out I can. Our playing speed increased, we defended very high against a fast team that counterattacked well. (We must) keep working and improving.