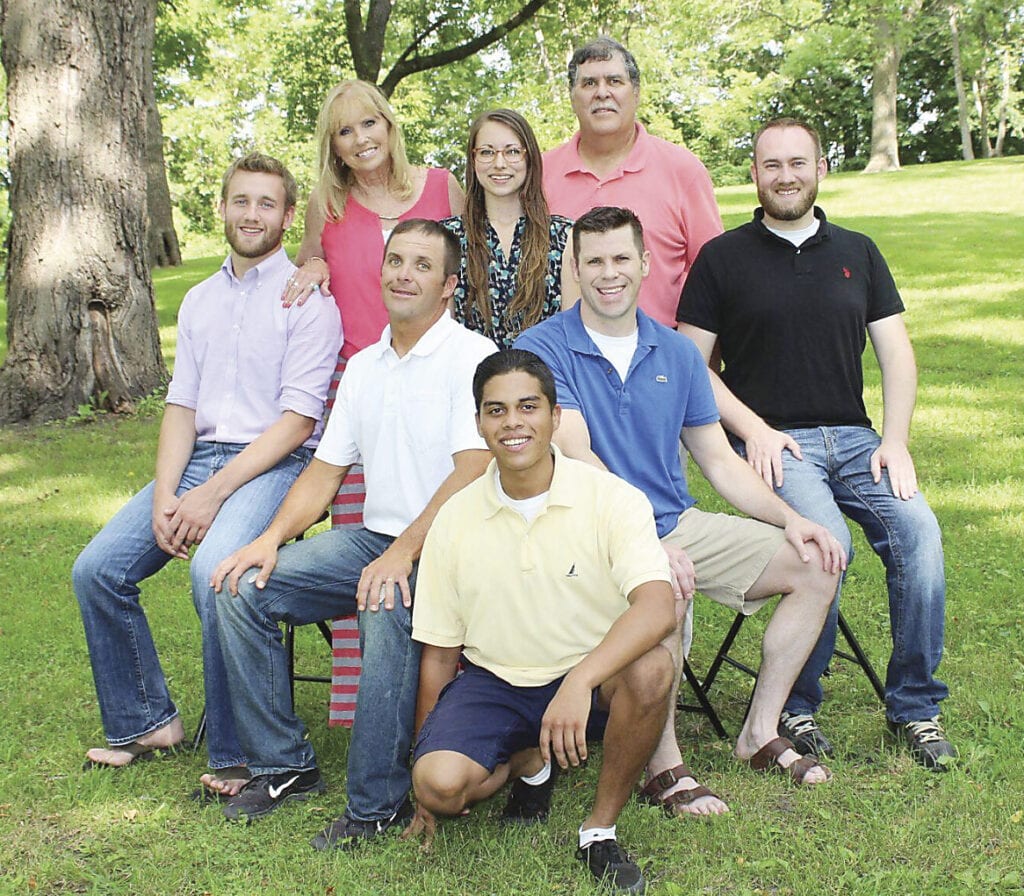 In front: Manuel Magana who will always be part of the family. Second row: Brian, Benjamin. Third row: CeDric, Kayla and Adrick. On the back: Connie and John.

After serving in education for 43 years, Connie Smith of Lake View has retired.

Connie, who is from North Bend, Neb., Graduated from Wayne State in 1971, where she met her husband John. Later, she obtained her Masters in Educational Guidance from Buena Vista University in 2008.

â€œI started teaching in Madrid in 1978, then at Ballard / Huxley in 1980 until 1989,â€ she explains. â€œThen we came back to John’s hometown of Lake View and I taught at Kuemper for four years before I came to St. Mary’s. As French is almost obsolete in many high schools, I started to prepare for my master’s degree in counseling at BV. In St. Mary’s, Rose Davis was my mentor, and later Bev Mach was very helpful to me as well.

His last job was a K-12 school counselor for 16 years at St. Mary’s; last year she worked part time.

â€œAt St. Mary’s we were able to educate character through faith,â€ she said. â€œI worked in private education for 20 years. That was probably the most positive part. I don’t know what I liked the most – working with the little ones or preparing the high school students for their careers. K at 12 was pretty ideal.

Connie’s husband John has retired as well, although he still does occasional education and trains wrestling. He was a teacher and principal at East Sac. They will marry 49 years in September.

The Smiths were also foster parents for 30 years.

â€œWe had long-term children, including several young boys,â€ she explained.

When the Smiths aren’t spending time with their family, they love to cycle.

â€œMy husband and I love to cycle to Carroll,â€ she commented. “We also have some longer bike trips planned for June.”

These are several of their favorite recipes.

In a large bowl, put the icing sugar. Pour in the Fireball whiskey and mix well with a large whisk. The mixture will look like icing.

Alternate Method: Melt chocolate chips in a heatproof bowl over a pot of simmering water on the stovetop.

Scrape the melted chocolate into the sugar and liqueur mixture. Stir very well.

Pour into the prepared pan and smooth with a spatula. (sometimes I have to knead it with my fingertips). If desired, sprinkle top with cinnamon candy and gently press into fudge.

Refrigerate until set, about 2 hours. Cut into squares.

Note: I have found it very important to use the residual heat to melt the chocolate chips, otherwise the chocolate

hardens too early and is difficult to mix with the sugar mixture. Also, it is better to use alcohol at room temperature or

the chocolate mixture may thicken too quickly. Do not overheat the chocolate and allow it to cool slightly before mixing it with the sugar mixture. Warning: Ah! Fireball alcohol does not evaporate, so eat sparingly.

Bran muffins in the fridge

Cream a cup of shortening and two cups of sugar. Add: four eggs and beat. Add: a liter of buttermilk + All Bran mixture.

Add: if desired 2 cups of raisins or 1 cup of walnuts.

Store the dough in the refrigerator in a tightly closed container. Will last up to 2-3 weeks.

Bake in greased muffin tins or cupcake racks at 400 degrees for 20-25 minutes.

Quick and easy for a breakfast outside.