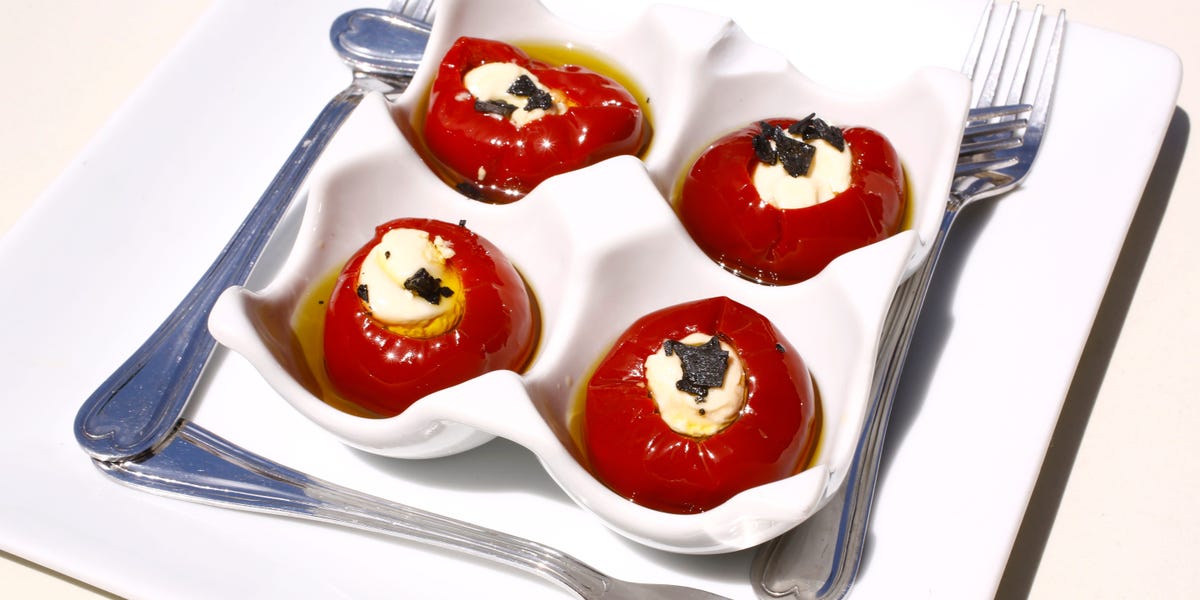 MADRID, Spain – On summer nights, patrons fill Madrid’s terraces to the brim, with beers and plates of tapas – small appetizers served with drinks – arriving at tables one after another.

“Here you order a few beers and you’ve already had dinner, and seeing how expensive everything is is quite important,” said a customer at La Pequeña Graná, one of the bars.

Long-time neighbours, university students and tourists flock to this bar in the capital’s Delicias district, where for 1.70 euros, or around $1.80, you can get a beer and a free plate of tapas from over 20 options.

Simón, the manager, served his bestseller—a plate of fried cheese with honey—and began breaking down each ingredient for Insider: “Cheese and honey were up 15% and 35%, respectively; bread and egg, for the dough, 10% and 60%; and oil, for frying, 100%. Not to mention the electricity bill.

Two years after the start of the pandemic, the hospitality industry, one of the sectors that COVID-19 restrictions have most affected in Spain, is facing another crisis.

Inflation hit and brought with it soaring energy and raw material costs.

According to data from Hostelería de España, which represents the hospitality industry in Spain, the price of cooking oils – excluding olive oil – rose by around 96% in April 2022 compared to April of the year. last, and the energy increased by 42% compared to the same period.

These costs are now threatening one of Spain’s most famous gastronomic traditions.

Simón said they are trying everything to be able to continue offering free tapas, from raising the price of other dishes to removing overpriced tapas.

“We offer bienmesabe as a main course, but we had to remove it as a tapas plate because it was too expensive to prepare. Keeping it was a utopia,” he says.

At Entre Cáceres y Badajoz, a tapas bar in Madrid‘s Goya district, Esteban Auqui had another technique for cutting costs. “We decided to remove the mugs. Instead we serve glasses, something in between, they carry less beer and therefore cheaper. We cannot change the tapas because the restaurant would lose its identity”, did he declare.

León, about 200 miles from Madrid, has one of the oldest tapas serving traditions in Spain.

“Here you even get tapas with your coffee. Until recently there was a little war to see who could offer the biggest plate of tapas, but that’s over,” Paula Álvarez, the manager of the Asociación de Hostelería de León – which represents the hospitality industry in León — said.

Álvarez said each company is trying something different to get through the crisis. “Most have increased the price of the drinks, others are changing the tapas and serving something more affordable or smaller, some have lowered the quality, and some are starting to offer different prices depending on whether the drink is with or without plate of tapas,” she said.

But she was adamant that “León wouldn’t stop serving tapas, it’s one of our big attractions”.

“Tapas in a bar are crucial, they are the litmus test that we have to pass with a customer. If you like it, you order the dish”, Félix Presencio, who owns two establishments in the barrio romántico de León — Cafe Bar Cantabrín and La Otra Abacería — said.

Presencio told Insider how rising prices and a supply crisis forced him to stop offering his star dish – ensaladilla ucraniana, or “Ukrainian salad” – which he also served as a tapas plate.

“I always try to ensure the highest quality for every product I serve,” he said.

The oil comes from Córdoba, the piquillo peppers come from El Bierzo, the beef chorizo ​​comes from Astorga and the anchovies come from Barbate, he said. He would not reveal where he got the mayonnaise, the key ingredient.

“I was the only one who bought this mayonnaise in León, but the distributor told me that it was not profitable for him to deliver it to me because of the rising costs,” Presencio said.

“I tried another one, but people told me it wasn’t my salad,” he said.

He said the same thing happened with his piquillo peppers, which he used to buy from a group of women who roasted them on stones.

“Now I can’t find them anywhere and I keep looking so the dish doesn’t disappear,” Presencio said.

Presencio added that he thinks many bars will disappear in the struggle to keep tapas alive.

Insider also spoke with restaurateurs from another Spanish region famous for its tapas: Andalusia.

La Taberna Uvedoble de Málaga is an award-winning tapas bar, offering one of the classic tapas experiences in the city. But he too had to remove dishes from his menu.

“The scallops have grown a lot, so we’ve removed them and anything with duck meat,” said Willie Orellana, the owner and chef.

“We are already taking losses because we can’t just add huge price increases to the menu.”

“Companies want to maintain the quantity and quality of their tapas to keep their customers, but if the prices of raw materials increase and we do not adjust the prices on the menu, it is the hotel industry that will be the most We have no other way to fight inflation than by raising prices,” said Gregorio Garcia, president of the Federación Provincial de Empresas de Hostelería y Turismo de Granada.

“Beer has just come back up about 7% and profit margins are already at a minimum,” García added.

David Pasadas is the owner of Cervecería Pasadas, located in Íllora, Granada, another town famous for its tapas. According to him, the recent rises in the prices of sugary drinks and beer leave little room for continuing to offer traditional tapas dishes.

“We will have to increase the price of drinks if it continues like this. It is currently at 2 euros and we will have to start charging 2.50 euros if we want to avoid losses”, he said.