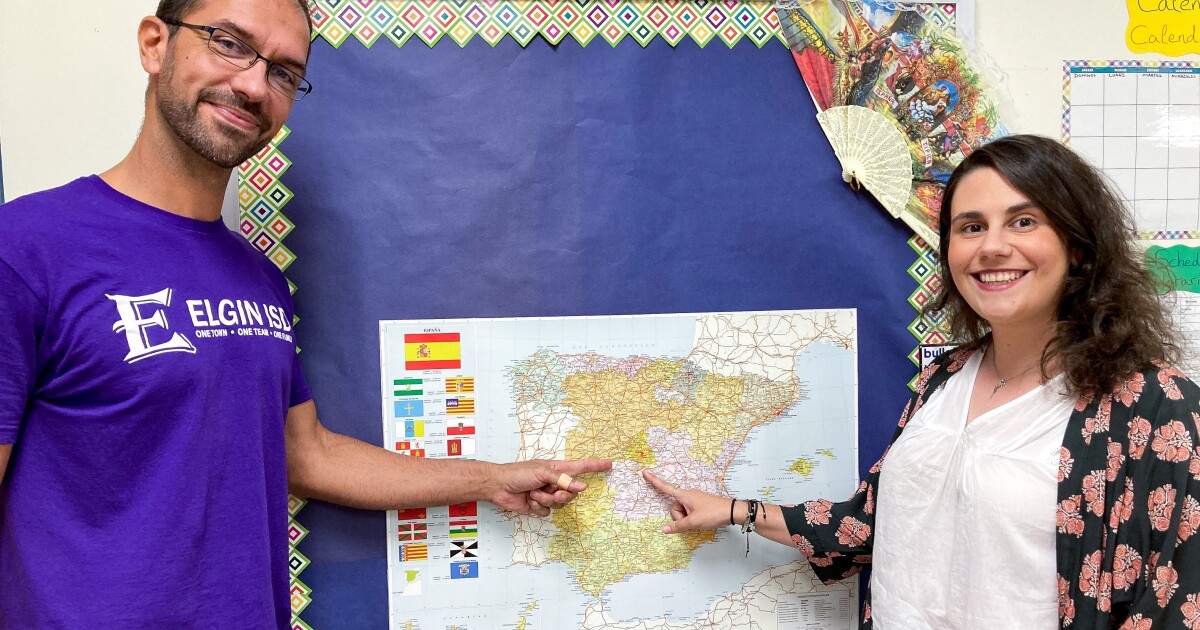 Elgin ISD is one of 13 school districts in the state participating in the program, which is a partnership between the Spanish Ministry of Education and Region 13 Educational Service Center.

“Un: Obviously we have vacancies. There is a shortage of teachers across the state and across the country,” he said. “Second: we have a large population of bilingual English learners and we need teachers who can speak Spanish and teach in Spanish.”

He added that the program is also a way to provide enriching educational experiences for students.

“That kind of experience helps them see the bigger world,” he said.

Rodriguez said the program has been well received so far and he’s excited for the doors it could open.

“Elgin is a growing community,” he said. “We’re probably going to double in size over the next five or six years – maybe seven – and we’re excited to bring in new people who are going to affect our kids in a positive way.

Spanish teachers must have two years of experience to qualify for the program and almost all have committed to work at Elgin ISD for the next three years. They support bilingual education and English as a second language programs from kindergarten to second grade.

One of the teachers is María Gallego Gil from Madrid. Gallego Gil previously taught in Spain for six years. She became interested in the program because she loves teaching and learning new ways of teaching.

“I think I can learn a lot and I think I can also give my best here,” she said. “So it’s a new experience. It’s an adventure and I love to travel.

Gallego Gil teaches reading and writing in Spanish to first-grade students in a bilingual program. She said there were a lot of differences between teaching in Texas and Spain, but there was one key similarity.

“Everything is different here,” she says. “Well, not the kids. They are 6 years old and they like to play and things like that.

Ruben Jimenez is also from Madrid, but this is not the first time he has taught in Texas. Jimenez previously taught at Manor ISD from 2016 to 2018. This time he teaches second grade students in the bilingual program at Neidig Elementary School in Elgin ISD. He said the first few weeks of school have been intense, but he enjoys getting to know his students.

Jimenez, who taught in Spain for 14 years, said he spends much more time working with his students in the United States.

“I have a lot of time to help them, to share with them [and] to see what their needs are,” he said.

“It’s an amazing experience,” he said. “They have to take advantage of this opportunity.”