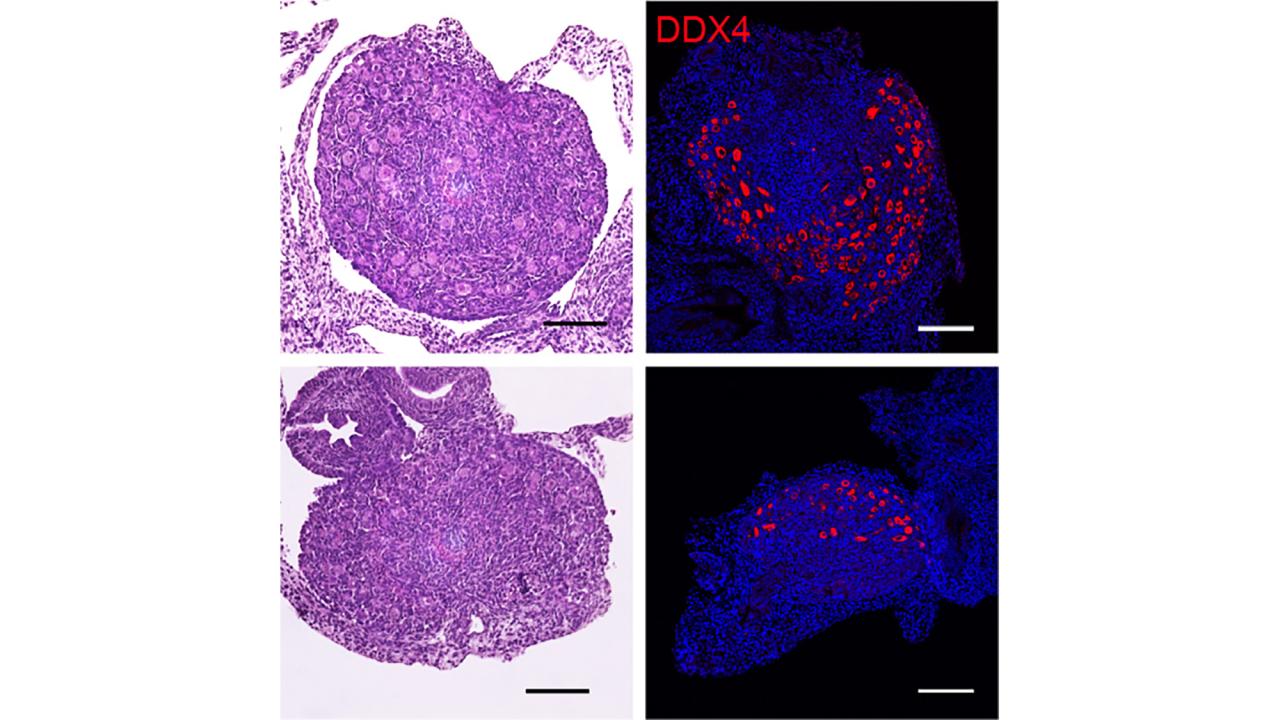 Fertility is over for female mammals. From birth, females possess a limited number of primordial follicles, collectively called the ovarian reserve. In each follicle is an oocyte which eventually develops into an egg. But with age, the follicles of the ovarian reserve decrease.

“Despite its fundamental importance, our understanding of how ovarian reserve is established and maintained remains poor,” said Professor Satoshi Namekawa, Department of Microbiology and Molecular Genetics, University of California, Davis.

Researchers define the epigenetic machinery that governs the establishment and function of mammalian ovarian reserve, providing molecular insights into women’s reproductive health and lifespan, in a new study published Aug. 10 in Nature Communications. Epigenetics refers to changes that influence how genes work without altering DNA itself. The lead scientists in the paper include Namekawa, project scientist Mengwen Hu, and UC Davis professors Richard Schultz and Neil Hunter.

“In human females over 35, you see a decline in fertility,” Namekawa said. “Our study may give us the foundation to understand how female fertility is established and maintained at the molecular level and why it declines with age.”

When ovarian reserve is established, all oocytes in primordial follicles halt their development and can remain in such a halted state for decades.

“Fertility is supported by these arrested oocytes,” Namekawa said, noting that some hitherto unknown molecular machinery interrupts development. “The main question is how can these cells be maintained for decades? It’s a big question. They can’t divide, they can’t proliferate, they just lie dormant in the ovaries for decades. How is it possible?”

Using mouse mutants, the team found that the pause in this oocyte phase transition was mediated by a group of proteins called Polycomb Repressive Complex 1 (PRC1).

A molecular understanding of fertility

PRC1 suppresses the developmental process, called meiosis, that occurs before the establishment of ovarian reserve, thus ensuring a proper gene expression program in ovarian reserve. When the team created mutant mice with depleted PRC1 machinery, they found that ovarian reserve could not be established and cells suffered cell death.

“We show that conditional deletion of PRC1 leads to rapid follicle exhaustion and sterility,” Namekawa said. “These findings strongly implicate PRC1 in the critical process of maintaining the primordial follicle epigenome throughout prolonged arrest that can last up to 50 years in humans.”

According to Namekawa and colleagues, deficiencies in PRC1 functionality may help explain cases of premature ovarian failure and infertility in men.

“Now that we’ve discovered that this epigenetic process is critical to establishment, the next question is, can we uncover a more detailed mechanism of this process?” Namekawa said. “How to maintain the ovarian reserve for decades?

Namekawa and his colleagues plan to investigate this question next, trying to further elucidate the mechanistic events that govern the PRC1 machinery. By learning more about this process, they hope to address potential fertility issues that arise with age.