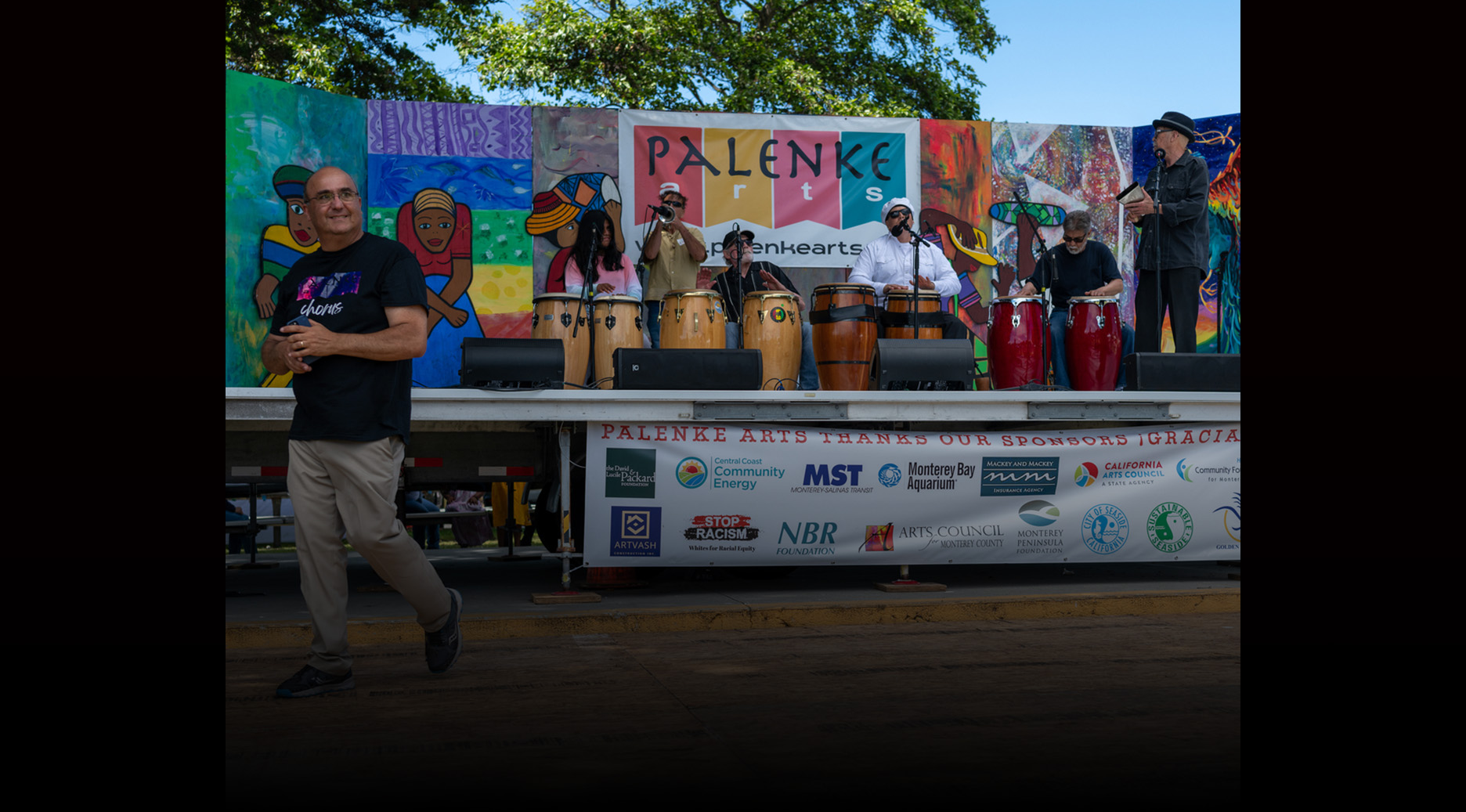 A favorite childhood memory, says Juan Sánchez, stands alongside his father’s piano, singing a Spanish-language version of the wistful “If I Were a Rich Man” from the iconic Broadway musical “Fiddler on the Roof “.

Life was good for young Juan, who grew up in Spain, in a family whose whole story had its own soundtrack.

“I was a kid who sang and danced, and I also wrote really shitty poetry for my grandmother,” Sánchez recalled recently, laughing at the memory. “Every time the company came, someone would say, ‘Juan, come here and recite poetry! “”

Unsurprisingly, he grew up in music, touring the United States, Canada and Spain as an occasional singer, guitarist and violinist, recording his own albums and composing songs.

And, oh, what would he do today, if he was a rich man…

Helping other people’s children awaken to a new passion is how Sánchez, married father of three musical and creative children, enriches his own life. He spends much of his time these days in a converted locker room attached to a gymnasium at Martin Luther King Elementary School in Seaside, which is now home to the nonprofit multicultural arts organization he founded. in 2015.

Palenke Arts is where he and his volunteer instructors teach several artistic disciplines – currently 13 classes in all – to 225 students, more than half of whom are between the ages of 6 and 12.

Sánchez was one of four locals honored last week as “champions of the arts” at a gala sponsored by the Monterey County Arts Council. He was quick to share credit with “hundreds of people who said, ‘We believe in Palenke Arts’, (including) our teaching artists, volunteers, students and their families, guest artists and performers , the members of our board of directors and, of course, the donors.

Like Sánchez, who moved to the United States at the age of 18 almost 40 years ago, the vast majority of students at Palenke come from immigrant families, a factor that has made the project a labor of love. from the start.

“It’s really draining, emotionally, mentally and physically, but when you see the positive results start to multiply, it’s exhilarating and exciting,” he said.

He understands the challenges they faced. “All immigrants have endured indignities,” he said. He feels blessed by his own journey, which took him to the Complutense University of Madrid in the 1980s, where he graduated with a Bachelor of Arts in English Philology (written and oral communication skills for job success). . Then it was off to UCLA, where he earned a Master of Arts in Applied Linguistics in 1991.

While his wife, Mayola Rodríguez, was pursuing her master’s degree at the Middlebury Institute of International Studies in Monterey, Sánchez taught a service-learning course in Prunedale.

“I would challenge my students to become socially conscious community participants, and encouraged them to look to the arts as an answer,” he said. “I would say, ‘What are you going to do to make your community a better place?

“At some point I realized I hadn’t done that level of work in my own life. That’s when I started asking questions and connecting with people. to finally create this Palenke project.

At Seaside, he saw great potential and a dire need in an ethnically diverse community.

“Touring as a professional musician gave me a glimpse into the artistic wasteland of the Seaside community, in terms of infrastructure,” he said. “What is there to do here at 7:30 p.m. when many families have just returned from work? Unless you want to go to Target or Panera, there isn’t much.

After looking for common elements in successful programs, Sánchez settled on the following points for Palenke Arts:

“We haven’t hit all of those targets yet, but we’re really trying to create that kind of experience for everyone,” he said.

Sánchez also cut expenses as a potential roadblock for students. The cost of the program ($100 per year for Seaside families, $400 for others) is waived, no questions asked, if a family says they need a scholarship. Students of the Dr. Martin Luther King Jr. School of the Arts also attend for free, a benefit for which the school provides Palenke Arts with its permanent space.

Palenke comes from the Spanish word “palenque”, a platform or arena used for different forms of entertainment, surrounded by seats for spectators supported by poles or stakes.

Attendance has been robust even during the pandemic, when families in Palenke enthusiastically endured classes and outdoor performances in freezing weather.

Receive by the sea

“We are very proud to have been able to organize five different outdoor events for the community this year, all free of charge,” said Sanchez.

But its greatest rewards, he said, are those magical moments when students fall in love with an art form through their experiences at Palenke.

“I see them go into this trance, when they are transported elsewhere; they are not of this world,” he said. “I’m thinking, ‘Wow, this kid’s art isn’t going to be in a museum, but I’m watching his life transform in real time.’ And it doesn’t just happen year after year, I see it week after week.

Despite grants from the California Arts Council and the Packard Foundation, support from the City of Seaside, and the generosity of multiple donors, the future of Palenke Arts remains precarious.

“It’s like being the driver of a very slow and methodical bus,” said Sanchez, a former CSUMB professor who only a few months ago became a full-time member of the organization he founded. “Some get on the bus, some get off. There are a million stops and the bus is not as fast as I would like.

“We are looking to expand our circle of supporters as our goal is to create a truly vibrant multicultural arts hub in the heart of Seaside that will benefit the entire peninsula,” he said. “The work continues, and that’s how we can move forward.”

Do you have something to say about this story? Send us a letter.

GET OUR FREE WEEKLY NEWSLETTER