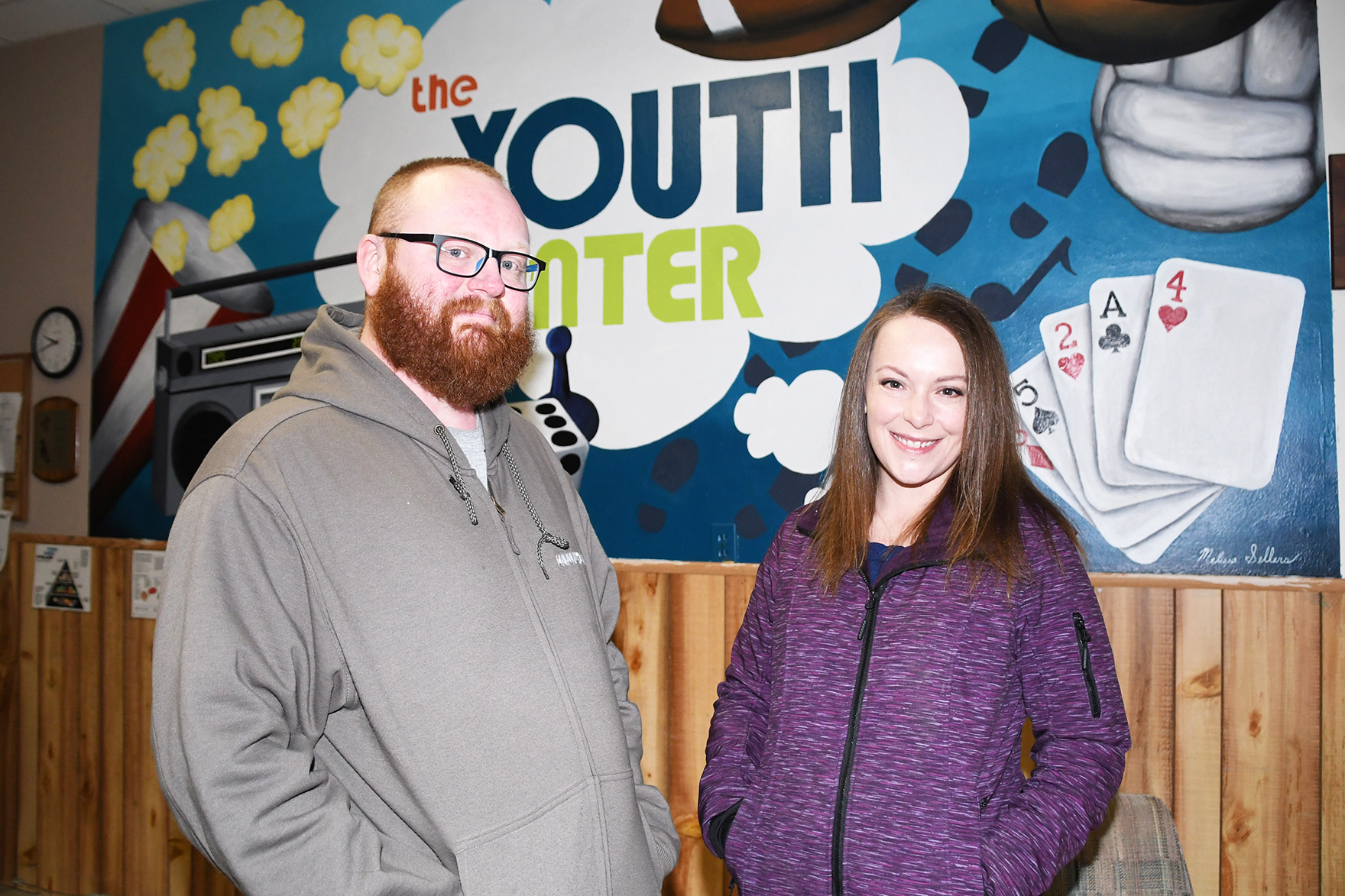 The Youth Center comes back to life
When Paul Johnson was a young boy growing up in Aurora, he remembers how much it meant to him to have a place to go, something to do, at no cost. That place used to be the Youth Center, a once vibrant hangout for teenagers that has been closed for nearly two years.
That’s about to change, thanks in part to Johnson’s fond memories, as well as his decision to enlist other like-minded parents who want to bring the 12th Street facility back to life.
“I left for work one day and my son was sitting on the couch and when I got home from work he was still sitting on the couch,” Johnson explained. “He said there was nothing to do. I know all kids have that feeling, but it wasn’t my memory of being from Aurora.
Although he moved around a lot during his younger years, Johnson said he was lucky to have landed in Aurora in 2003, where he met a man who would inspire him then and now.

Hornets outlast hawks in another instant classic
Honorary Hampton coach Carson Klute described it perfectly after the game.
“That’s how Hampton and Giltner basketball games are supposed to be,” he said.
For the second time in less than two weeks, the Hawks and Hornets played 32 minutes and the game was decided on the final stroke.
This time, however, it was Hampton who had a chance to win. However, the ball still bounced in Giltner’s direction as the Hornets held on to defeat the Hawks 45-44 in the D2-3 sub-district final played Feb. 22 at Lawrence-Nelson.
“Hampton’s not supposed to beat Giltner by much and Giltner’s not supposed to beat Hampton by much,” Klute said. “That’s what this rivalry is all about. It goes back decades and you want to see some good matches between these two. I wish we were on the other end of them, but that’s the fun.

Exchange student shares his journey from Madrid to Giltner
Madrid, Spain is a bustling city in the heart of the country and the home of Pablo Gregori, who found himself far from home in the community of Giltner.
This 17-year-old student joined the home of Joel and Terra Hinrichs in search of new experiences and culture as an exchange student.
He explained that he wanted to join the program to experience something he couldn’t get at home and after signing up he had no idea where he would end up staying.
“It’s quite different because I come from a big city,” he says. “All the different things are very easy to adapt because everything is easy here, like school and home.”
Helping Gregori immerse himself in the local culture has been his participation in athletics. He joined the football and basketball team, with plans to compete on the track and field team this spring.

For more on one of this week’s top stories, please check out this week’s print or electronic edition.