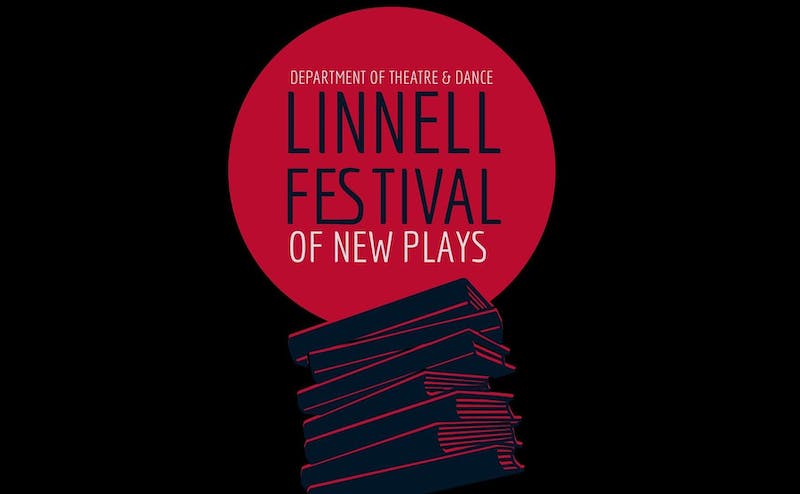 The University of New Mexico Theater Program kicked off its spring performance lineup with this semester’s Linnell Festival of New Plays in which three original plays, created by students from the Master of Fine Arts program in playwriting -arts, were performed by undergraduate students at the X – Experimental theater from February 9 to 13.

Every performance at the festival sold out even with guaranteed increased capacity for both nights of “The Eccentrics”.

“When you’re working on a piece with the same group of people for a while, it’s easy to focus on anything that needs improvement, and so the moment you put it in front of an audience and they see it with fresh eyes, you kind of rediscover it with them,” said Amy Yourd, author of “Remain in Light.”

“Remain in Light” is a Talking Heads-infused sci-fi comedy-drama about five aliens who party aboard a dodgy spacecraft while working on a mission for a space exploration project led by the mysterious ” management”. Yourd used the piece to explore the dynamic between young people united by the struggles of capitalism.

“I just discovered so much about how these characters existed when portrayed by actors,” Yourd said. “It really transformed the game so much and I learned a lot watching them go through that process.”

“The Eccentrics,” written by Steve Blacksmith, is a musical comedy set in 1999 about three young neurodivergents in a band called Jane’s Conviction. The band perform Christianized versions of popular rock songs to try to secure their place as their church’s house band amid fears of the coming rapture with the new millennium.

Growing up in the evangelical community in the 90s, it was important for Blacksmith to represent neurodiversity within a community that often did not accept them at the time.

Curtis Madden, a film student at UNM, starred in Penelope Hawkins’ “The Blood Vessel,” an absurdist satire of the wealthy that follows Madame Cart Blanc and her servant Libby as Madame invites in a host of other treacherous wealthy characters aboard a ship for a dinner turned deadly.

Madden didn’t find out about the auditions until the day, but was incredibly thrilled to have the opportunity to perform after a year-long hiatus from acting due to the COVID-19 pandemic.

“I was so ready to get back to playing and I would have done anything, because being out there in front of people is what I love to be, and I wanted to be there again,” Madden said.

Hawkins said the experience of seeing his text performed and brought to life by the band was “like magic”. She is especially grateful to director Juli Hendren for her ability to direct distinct, stylized movements that brought a whole new layer of meaning to the text.

“The movement and the words – everything was in motion. It feels like you’re at sea with it, and it was powerful. I was really impressed with the way the actors…turned around and snagged things, and I just couldn’t believe she was able to provide them with a safe space to do that,” Hawkins said.

Yourd was very involved in the rehearsal process, attending every rehearsal and reshaping the play in response to the cast and director Leonard Madrid‘s interpretations of her character. Aside from a few meetings with cast members about proper portrayal, Blacksmith only saw one rehearsal of the show before opening night.

“Director Ray Rey Griego has said he really loves acting, he really loves bringing actors out and seeing where they go with their characters…and letting them make creative choices,” UNM film student Michael Madrigal and actor in “The Eccentrics,” said.

According to Madden, the rehearsal process was quite tight, especially since he contracted COVID-19 during the process and had to miss two weeks of rehearsal by a month.

“It was the shortest rehearsal process I’ve ever been through with a margin of months…and yet, it still went well and I felt ready by the time we opened, and the level of trust that the director put in all of us was really something I had never experienced before,” Madden said.

Overall, festival attendees were satisfied with the reception from the public. Madrigal, whose character interacts heavily with the audience in the play, said finally performing in front of large audiences made the show more “smooth” for their engagement.

“The actors were having a great time, and there was this really good sense of give and take between the audience – giving them the laugh and giving us to laugh, and that’s what a live theatrical experience is. supposed to be pretty much in my opinion,” Hawkins said.

Zara Roy is the editor-in-chief of the Daily Lobo. She can be contacted at [email protected] or on Twitter @zarazzledazzle