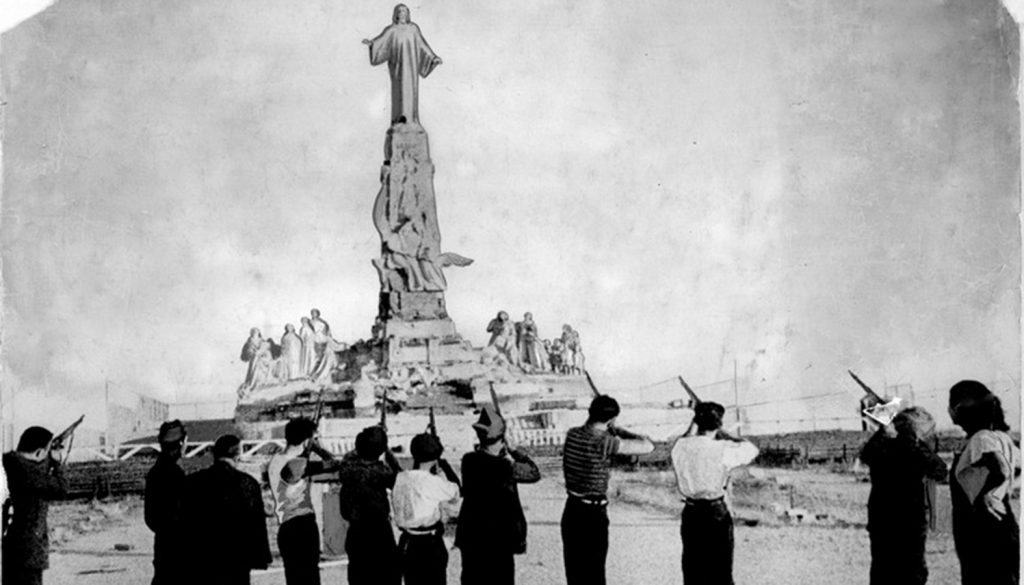 Perhaps more than any other English writer of the 20th century, George Orwell’s reputation is that of a truth-teller.

“Animal Farm,” her allegory about the Bolshevik Revolution, sparked controversy among her fellow leftists because she dared to expose the truth about the communist dictatorship in Russia. His dystopian novel “1984” foresaw a world where history and current events were constantly revised to conform to power and ideology.

A lesser-known book by Orwell published 70 years ago, “Tribute to Catalonia,” had a similar theme. It is a personal story of the Spanish Civil War, in which he fought with Republican forces. The book was so controversial that Orwell had difficulty publishing it in England.

The famous critic Lionel Trilling said of ‘Tribute to Catalonia’ that the author “said the truth, and said it in an exemplary way, quietly, simply, warning the reader that it was not than one man’s truth”.

Orwell, Trilling wrote, “used no political jargon” and “made no recriminations” in the novel. “He made no effort to show that his heart was in the right place or on the left. He wasn’t interested in where one might think his heart was, since he knew where he was in. He was only interested in telling the truth.

But as captivating as his writing may have been, Orwell certainly didn’t tell the whole truth, omitting some crucial facts about the war.

Shortly after enlisting as a soldier in a radical militia, Orwell was sent to the small town of Barbastro, about six months after anarchist forces took control of the town of 8,000. They murdered 837 of those 8,000, more than a tenth. Among the dead were the bishop, almost all the priests of the city and 37 seminarians. A total of 197 priests and religious from the small diocese were killed.

Although he visited the site twice within a year, Orwell made no mention of the massacres. Instead, we hear about a bullfighter’s faded poster and how he understands bullfighters had fascist sympathies. Barbastro looked “dark and chipped”, he tells us, but none of the horrors his comrades had done in the city. Could he have ignored the story? He must have heard of the atrocities of the CNT, the anarchist militia sent to Barbastro to counter the nationalist uprising.

Orwell was fiercely anticlerical, which explains his revisionist history. Correcting some of the anti-Franco propaganda, he admits in “Tribute” that English anti-fascist propaganda “even descended to the pitiful lie of claiming that churches were only attacked when they served as fascist strongholds.

“In fact, he writes, churches were looted everywhere and naturally because it was perfectly well understood that the Spanish Church was part of the capitalist racket. In six months in Spain I saw only two churches intact, and until about July 1937 no church was allowed to reopen and hold services except one or two Protestant churches in Madrid.

Orwell did not write about the burnt-out church of Barbastro, whose baptismal font had been torn out and thrown by the river (it was later rescued and brought to Rome by Saint Josemaría Escrivá, who had been baptized there). He had no word on the school next to the town hall, where local Claretian seminarians were held prisoner before their execution in August 1936. (They were beatified by Pope John Paul II in 1992).

But when it comes to the Spanish Civil War, “Tribute to Catalonia” shows him guilty of the same thing about the Spanish conflict.

Historian Stanley Payne compared the violence against Catholics observed during the war to that of the French Revolution: more than 4,100 priests and nearly 2,400 religious were killed by forces allied with the Republicans. Orwell knew at least part of it. How did the great truth-teller not mention what Payne considered “the most extensive and violent persecution of Catholicism in Western history”?

The 19th century English writer Samuel Butler once said that God cannot alter the past, only historians can. Almost a century later, it was the losers of the Spanish conflict who won the battle of history.

Most Americans know almost nothing of the violent persecution of the Church in the conflict that tore Spain apart from 1936 to 1939. What they know about the war, if any, likely comes from one-sided accounts of respected writers like Orwell or Ernest Hemingway (“For Whom the Bell Tolls”).

The stories of martyrs like that of Barbastro cannot be forgotten: the seminarians of Barbastro and the city’s bishop, Bl. Florentino Asensio; the first gypsy saint, Ceferino Giménez Malla.

There is a book in Spanish called “The Other History” dedicated to the 197 Marist Brothers murdered in Barcelona by anarchist forces. As the title suggests, the authors are very aware that many are unaware of the story they tell. Those who want to correct the commonly accepted view of the Spanish Civil War are like guerrillas fighting over a story that has been suppressed as embarrassing by an army of official influencers.

“Even Homer nods,” was poet John Dryden’s famous translation of a line from Horace: Even Orwell, with his reputation for a fearless commitment to truth, got it wrong because of ideology. We need more critical awareness among Catholics, whose views are increasingly at risk of being shaped by secular media and their idols. The common clichés of history and of modern thought in general need to be corrected. This is why we need a truly Catholic press and media, which we pray are faithful to their mission of evangelizing the truth.