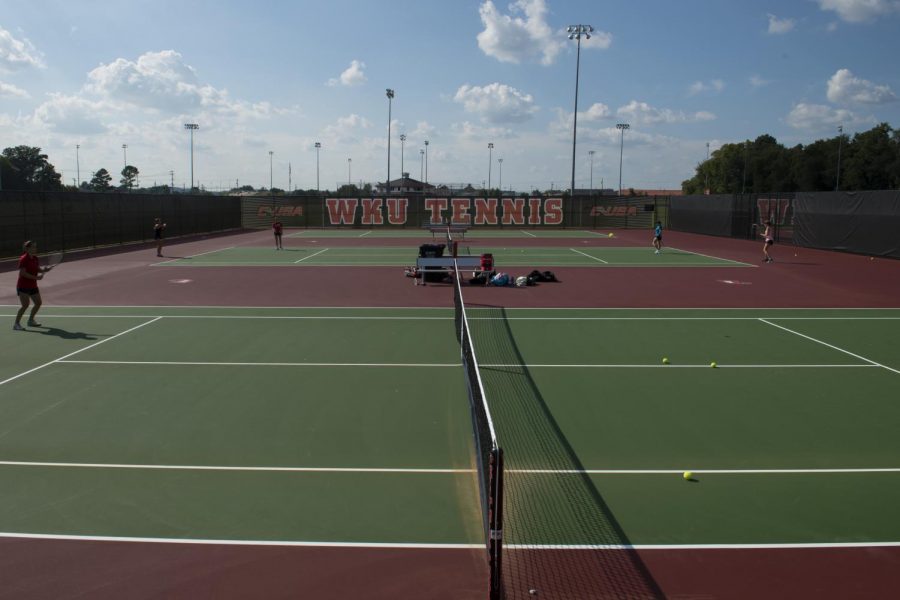 The WKU Women’s Tennis Team trains on the newly constructed tennis courts at the South Campus. The courts are intended for use by the WKU tennis team and intramural sports.

“I wanted to build a more thorough team,” Davis said in a press release. “Looking at the national title teams that I had, I felt like we had an opportunity to win and succeed at nine positions – six singles, three doubles – and that was the group’s goal. That we have. “

Shaw just finished two seasons with the Bears. She compiled a 7-7 record in singles matches and went 4-5 in doubles in her freshman year in 2019-20. The Little Rock, Arkansas native was the state’s No.1 rookie in 2019, leading Little Rock Christian Academy to three conference championships. Shaw finished second as a junior.

Cortez, from Cochabamba, Bolivia, comes to WKU after two seasons with the Owls. In doubles, Cortez compiled a career record of 7-11 at the No.1 position and a 2-2 record at No.2. Cortez has won eight singles and doubles titles in the ITF junior game. (International Tennis Federation) and competed for Bolivia. in the WTA Fed Cup, winning their singles match against Peru.

Hermanova, from the Czech Republic, has spent the previous two years of her career in Spain at the Sanchez-Casal Tennis Academy. His most notable singles accomplishments at the ITF J5 competitive level are a second place finish in El Salvador and semi-final appearances in Panama and Costa Rica. Hermanova also finished second in Panama and the Canary Islands in doubles as well. Hermanova intends to study journalism at WKU in order to become a TV presenter.

Cerezo, from Madrid, Spain, reached 65th in the Spanish Open standings, where she beat three opponents who ultimately won college scholarships. Cerezo is a three-time regional singles champion and national doubles finalist and helped her regional team win back-to-back championships in 2017 and 2018.

Blanco, from Caracas, Venezuela, was ranked No.1 in the country and currently sits 514th in the ITF. Blanco has competed in numerous singles and doubles tournaments across Venezuela and other South American countries while also earning a 3.6 GPA at Mater Salvatoris.

The signing quintet will join returning players Cora-Lynn von Dungern, Samantha Martinez, Alexis Cramer and Laura Bernardos for the 2021-22 season and the team’s fall schedule is expected to be released in the coming months.